Mayank Agarwal establishing himself as one of the best in Tests 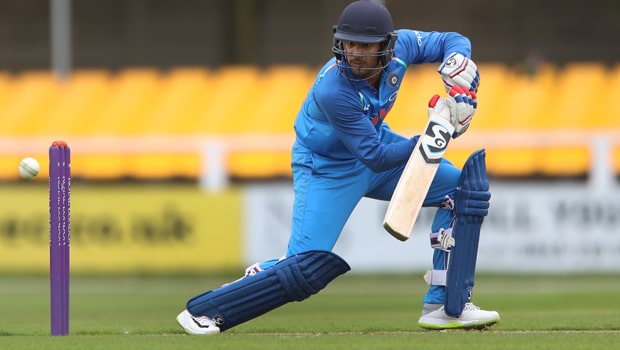 Mayank Agarwal has played just eight Test matches for India so far, yet he has gone pretty close to the 1000-run mark. Such has been the class of his performances, whether it was in the overseas conditions of Australia and West Indies or at home, that he has established himself as India’s premier opener in the format.

His innings of 243 against Bangladesh at Indore was his second double ton in the last five innings, and these outings included a century as well. Agarwal’s batting exploits have now taken him to 11th in the ICC rankings for Test batsmen. The 28-year-old now has 691 rating points on the back of 858 runs in his first eight Tests. Only seven players– Don Bradman (1210), Everton Weekes (968), Sunil Gavaskar (938), Mark Taylor (906), George Headley (904), Frank Worrell (890) and Herbert Sutcliffe (872)– have scored more runs after their first eight Tests.

A spectacular innings from Mayank Agarwal comes to an end 👏

No Indian has ever hit more sixes in a Test innings 💥#INDvBAN pic.twitter.com/HdDB6TUUzM

Moreover, no other batsman has scored more runs than Mayank Agarwal since his Test debut. The Indian opener leads the chart followed by the likes of Steve Smith (774), Quinton de Kock (629), Ben Stokes (627), Ajinkya Rahane (626), and Rohit Sharma (603).

His six scores of fifty or more since his debut, three of which have been converted into centuries, is the joint-most for any batsman and the highest for any opener during this period.

In fact, his average of 71.50 is also the best for any opener who has played 10 or more innings during this period. So, these facts go on to tell how good Agarwal has been ever-since his debut.

This is the result of all the hard work he has done in domestic cricket over the years. He has worked so hard that it is finally coming to fruition now. And as India take on Bangladesh in the second Test match, which would be a Day/Night encounter, at Kolkata, Agarwal would look to cross the much awaited 1000-run mark too.