Mayank Agarwal looking forward to turning the tables in IPL 2020 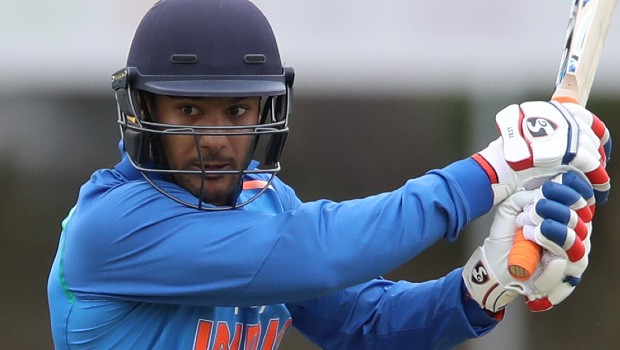 India’s batsman Mayank Agarwal has scored truckloads of runs in the domestic circuit. The right-hander from Karnataka, also had a dream start to his Test career and finished 2019 as the highest run-getter for the Indian team in the Test fold. However, Agarwal hasn’t yet cracked the code in the IPL as he hasn’t had a breakthrough season.

The right-hander has played 77 IPL matches in which he has scored 1266 runs at a meagre average of 18.3 and a strike rate of 128.1. The Test opener ticks all the right boxes in his batting as he is technically strong but he is yet to grab his chances in the IPL.

Agarwal will now play under the leadership of his good friend, KL Rahul and he would aim to deliver the goods for the franchise. The right-hander will bat in the middle order for Punjab and he will look to grab his opportunities with both hands.

Mayank Agarwal said while talking to ESPN Cricinfo, “I’ve been scoring runs at different levels, but the fact remains I haven’t had a breakthrough IPL season yet [in ten years now], so I’m looking forward to correcting that. Also, I’m looking forward to being part of a winning IPL team. I came close in 2017 [with Rising Pune Supergiant]”.

Mayank hasn’t come up with impressive performances in the IPL and he would be looking forward to turning the tables in the forthcoming season.

The right-hander has had a prolific start to his Test career as he has scored 974 runs in 11 Test matches at an impressive average of 57.3. Ergo, Agarwal would look to take the same confidence going into the IPL. The right-hander is currently training with his teammates in the UAE.

Anil Kumble will be the head coach of Kings XI Punjab and Agarwal would aim to learn from the former legendary spinner. Punjab had qualified for the playoff stages back in 2014 in which they had ended as the runners-up to Kolkata Knight Riders. Thus, the KL Rahul-led team would aim to come up with a collective team effort in IPL 2020.

Meanwhile, IPL schedule will be released today by the BCCI, board president Sourav Ganguly has confirmed. The IPL is all set to begin from September 19.