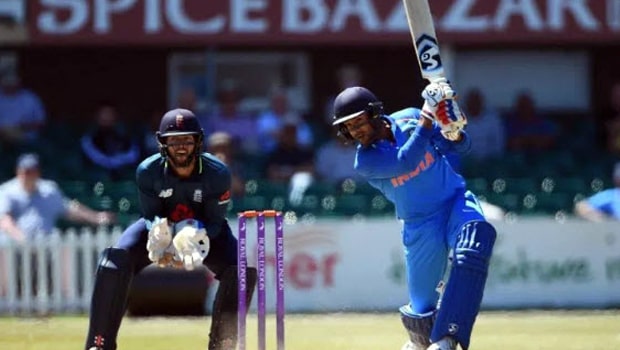 When most of the Indian batsmen struggled to deal with the questions posed by the Kiwi pacers in the first Test against New Zealand at Wellington, it was Mayank Agarwal who seemed to be the best equipped to handle them in these conditions.

The 29-year-old opener returned with scores of 34 and 58 during the two innings and he was the only Indian batsman to cross the 50-run mark during the course of the match. His total tally of 92 runs in that match took his career tally of Test runs to 964 which is just 36 runs short of the 1000-run milestone.

And, as he walks out to bat in the second Test at Christchurch, Agarwal will have the opportunity to become the second fastest Indian to reach the milestone of 1000 Test runs. Cheteshwar Pujara currently holds the record for achieving the feat in 18 innings. Vinod Kambli is the fastest to the landmark as he reached there in 14 innings.

Agarwal currently has 964 runs in 15 innings at an outstanding average of 64.26. That includes four fifties and three hundreds as well, and his career best score of 243 came last year in the home series against South Africa. So, he has been in a pretty good form of late. Moreover, he had played a knock of 80-odd runs in the practice match against New Zealand XI prior to the series as well.

As far as the overall record for the quickest batsmen to 1000 Test runs goes, England’s Herbert Sutcliffe and Everton Weekes of West Indies were the fastest to reach it in 12 innings. The legendary Donald Bradman is the second fastest to reach the milestone in 13 innings followed by Australia’s Neil Harvey and India’s Kambli achieving the feat in 14 innings.

If Agarwal goes on to get the remaining 36 runs in the next innings, he will become the fourth fastest overall to reach the milestone of 1000 Test runs. So, he will be pretty determined to go on and get it in his next innings. And India will be hopeful of a big knock from him too as they seem to be lacking other dependable options at the moment.