Home » Cricket » Mayank Agarwal should be given preference ahead of KL Rahul: Wasim Jaffer on Shubman Gill’s replacement

Mayank Agarwal should be given preference ahead of KL Rahul: Wasim Jaffer on Shubman Gill’s replacement 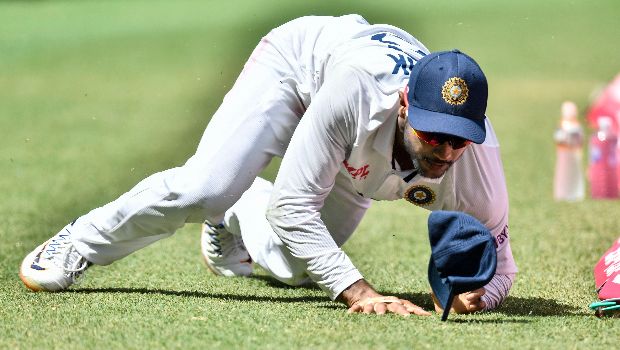 Former Indian domestic giant Wasim Jaffer feels Mayank Agarwal should be given preference ahead of KL Rahul for the opening slot if Shubman Gill is ruled out of the five-match Test series against England.

Gill has suffered a serious internal injury, which is expected to keep him out of action in the first few matches against England.

Meanwhile, Mayank Agarwal had done a fine job for the Indian team as an opener before Shubman Gill grabbed his chance. Agarwal could not score big in the first two Test matches against Australia in the Border-Gavaskar series and thus he was dropped from the third Test match at Sydney. Agarwal got his chance in the Gabba Test match but could not get a big score despite getting off to a good start.

Subsequently, Agarwal didn’t get any chance in the four-match Test series against England as Shubman Gill was preferred as the first-choice opener. Gill was once again backed in the WTC final against New Zealand.

Agarwal has had a great start to his Test career as he has amassed 1052 runs in 14 Test matches at an average of 45.74. The right-hander from Karnataka has scored three centuries and two double hundreds in his career.

On the other hand, KL Rahul wasn’t able to grab his opportunity in Test matches. In fact, the flamboyant batsman last played a Test match back in August 2019 against West Indies. Rahul has scored 2006 runs in 34 Test matches at an average of 34.59.

Wasim Jaffer said on his YouTube Channel, “It will be a very big opportunity for Mayank Agarwal and KL Rahul with Mayank being my first preference,” Wasim Jaffer said. “He has had an excellent career so far. He was dropped after two poor outings in Australia but I am sure he will be looking forward to this opportunity.”

“It is a very big series of five Test matches which can make or break a cricketer’s career. I feel KL Rahul can also fit somewhere in the middle-order if not as an opener,” Jaffer added.

The first Test match against England will be played from August 4.