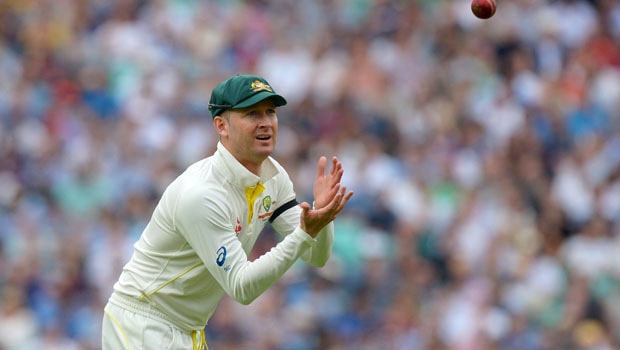 Former Australian skipper Michael Clarke has selected seven best batsmen he played with and against in his illustrious International career. Clarke picked two Indian batsmen in the list while speaking to Big Sports Breakfast. Furthermore, the former captain selected two South African, one Australian, one West Indian and one Sri Lankan in the list.

Sachin Tendulkar has most runs in ODI and Test format as he scored 18424 and 15921 runs respectively. Indian skipper Virat Kohli is the most consistent batsman and he has scored 7240 runs in the Test fold whereas he has amassed 11867 runs in ODI format.

Former Proteas all-rounder Jacques Kallis had scored 13289 runs in red ball version whereas 11579 runs in 50-overs version. AB de Villiers had gathered 8765 runs in the multi-day format whereas he scored 9577 runs in the ODI format.

Sri Lanka’s former captain and wicket-keeper batsman Kumar Sangakkara had accumulated 12400 runs in the Test format whereas he scored 14234 runs in ODI form.

West Indies’ legendary batsman Brian Lara scored 11953 runs in the purest form of the game whereas the stylish southpaw scored 10405 runs in the ODI format.

This is what Michael Clarke has to say about these legendary batsmen.

Brian Lara: Probably my favourite batsman through my career

Sachin Tendulkar: Probably technically the best batsman I ever saw. The hardest batsman to get out. I think Sachin, technically, didn’t have a weakness. Part of you hoped that he made a mistake.

Virat Kohli: I think right now the best batsman across all three formats. His one day and T20 records are phenomenal and he’s also found a way to dominate Test cricket. What Kohli and Tendulkar have in common is they love making big hundreds

AB de Villiers: I’m hoping he comes back and plays for South Africa again. Can bat anywhere in the order. Dominates T20 cricket.

Jacques Kallis: The greatest all-rounder that I played against. The impact he had against Australia, the way he was able score runs against our attack was extraordinary.

Kumar Sangakkara: Phenomenal. I think he scored three hundred in a row in a world cup (in 2015). Sangakkara was a force and an absolute gentleman of the game.