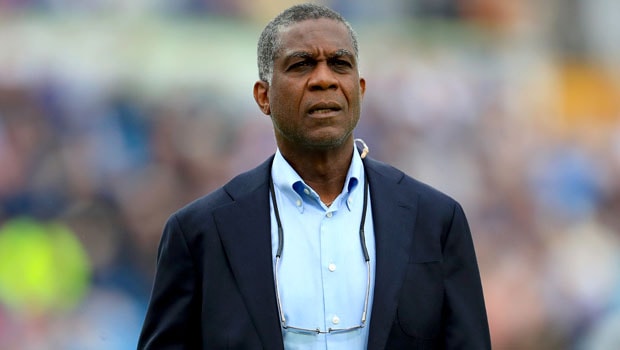 Former West Indies legendary fast bowler Michael Holding finds no sense in the fact that the International Cricket Council is contemplating legalising ball-tampering. The governing body is thinking that the bowlers should be allowed to alter the condition of the ball with the use of external substance in front of the umpire.

The ICC is trying to come up with new guidelines in the wake of Covid-19. It is reported that the ICC doesn’t want the players to use saliva on the ball, which bowlers normally do in order to maintain the shine on the ball.

The governing council is also coming up with plans that the players and the umpires will isolate themselves for two weeks in hotels before they start playing, once the coronavirus situation is over.

Thus, Holding, who is known for no nonsense talk, doesn’t understand the need to legalise ball-tampering in the game. The ICC is also thinking that this move will help in balancing the game as many believe it is slightly tilted in favour of the batsmen.

“I have read that ICC is contemplating preventing people from using saliva on the ball due to COVID-19 and allowing them to use foreign substances on the ball to keep the shine on but in front of the umpire. I don’t understand the logic behind that,” Holding told ESPNCricinfo.

On the other hand, Pakistan captain Waqar Younis, who was known to reverse swing the ball during his heydays, also agrees with Holding. Younis believes it is natural for the bowler to use saliva when he is running into bowl.

“As a fast bowler, I reject this because this (using saliva and sweat) is a natural process. A ball exchanges hands all day, you run in, huffing and puffing, you sweat and using saliva is natural rather than on intent. It’s a habit and you just can’t control this aspect,” Waqar said.

Meanwhile, former South African pacer Allan Donald is open to the idea of legalising ball-tampering. Donald believes it happens anyways and it should be allowed provided if it is monitored well.

It would be interesting to note the ICC final decision once we are able to get some action after the pandemic situation improves. However, it is going to take some more time before we can hope to witness some professional cricket.