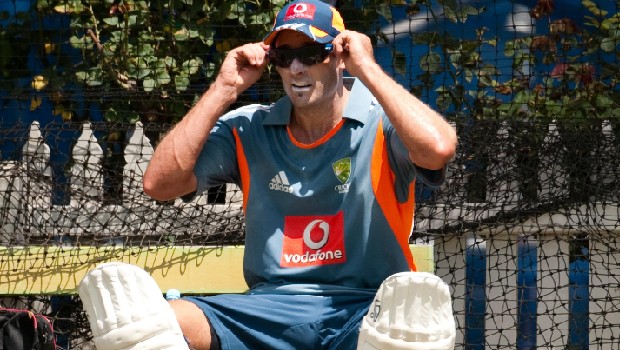 Former Australian batsman Michael Hussey has picked ‘best enemies XI’ of the Test fold in which he selected three Indian players. Hussey played Test cricket from 2005 to 2013 and he picked Virender Sehwag and Graeme Smith as his openers. Sehwag was known for his explosive batting and scored 8586 runs in 104 Test matches at 49.34.

Smith led South Africa from the front and scored 9265 runs in 117 matches at an average of 47.76. Former legendary West Indies batsman Brian Lara bats at number three as he amassed 11953 runs in 131 Test matches at 52.89. Sachin Tendulkar bats at his normal position of number four as he has scored most runs in the red-ball version. The talisman accumulated 15921 runs in 200 Test matches at 53.79.

Sri Lanka’s legendary wicket-keeper batsman Kumar Sangakkara takes the gloves for Michael Hussey. Sangakkara was brilliant behind the stumps and scored 12400 at an impressive average of 57.40 in 134 Test matches.

On the other hand, Dale Steyn, James Anderson and Morne Morkel constitute the pace battery of the side. Steyn dominated the world-class batsmen and scalped 439 wickets in 93 Test matches at 22.95.

James Anderson is well known to swing the ball both ways and the English swing master is still going strong. Anderson is the leading wicket-taker in Test format as a pacer and he has thus far snared 584 wickets in 151 Test matches at 26.83. Morne Morkel also makes Hussey’s team and the lanky pacer took 309 wickets in 86 Test matches at 27.66.

Sri Lanka’s Muttiah Muralitharan is the solitary spinner in the side. Murali is the leading wicket-taker in the red-ball version; he scalped 800 wickets in 133 Test matches at an impressive 22.72.