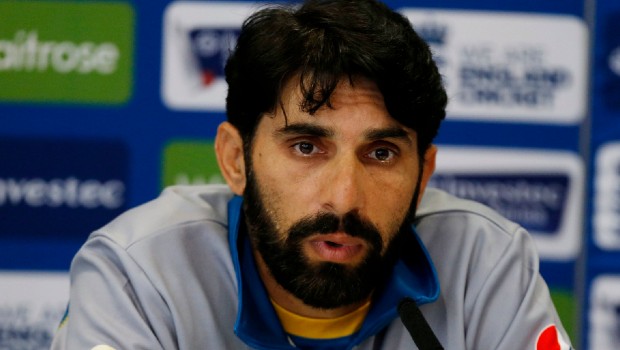 Pakistan’s head coach and national selector Misbah-ul-Haq has put forward a suggestion to the Pakistan Cricket Board to appoint former captain Younis Khan as a full-time batting coach. Misbah has noticed that Younis has been doing a fine job as the batting coach on the ongoing England tour and he has advised PCB to extend Younis Khan’s tenure as batting coach.

Younis has been given the onus of providing his inputs to the Pakistan batsmen only for the ongoing Test series against England. However, it should be noted that Younis has all the experience under his belt and he is ticking all the right boxes. Khan is generally seen sitting in the stands while taking notes for the Pakistan batsmen in the ongoing series against England.

There is inexperience in Pakistan’s batting line-up and apart from Azhar Ali and Asad Shafiq, no other batsman has played a lot of Test matches. Thus, Younis Khan can guide the youngsters on the right path.

It is reported by reliable sources that Misbah has had a discussion with PCB CEO Wasim Khan regarding the same and wants Younis Khan to serve as a full-time batting coach.

“Younis has been appointed as batting coach of the senior team for only the England tour. But Misbah has been very impressed with the dedication and hard work put in by Younis Khan while working with the batsmen in the team in England,” the source said as quoted by PTI.

“Misbah has asked Wasim Khan to consider giving Younis a long-term contract with the team as he feels the former captain and teammate will only have a positive influence on the batsmen in the team,” the source added.

The source also confirmed that the PCB is likely to agree to the suggestion put forward by head coach Misbah-ul-Haq. Younis Khan had an illustrious career as he is the only Pakistan batsman to score more than 10,000 Test runs. The former right-hander amassed 10099 runs in 118 Test matches at an average of 52.06.

Meanwhile, the second Test match between England and Pakistan was drawn as the rain played a killjoy throughout the Test match. England currently leads the three-match series by 1-0 after they had won the first Test by three wickets.

The third and final Test match will take place at the same venue of Ageas Bowl, Southampton from August 21. After the conclusion of the Test series, both the teams will take on each other in three-match T20I series.