Mitchell Starc is the best death-overs bowler in the world: Justin Langer 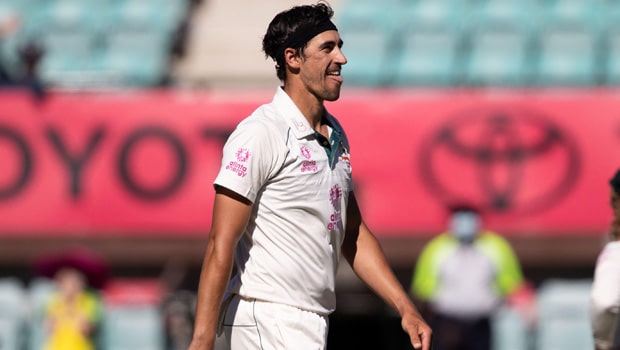 Australian captain Justin Langer has rated Mitchell Starc as the best death-overs bowler in the world. Starc bowled at the top of his game in the ODI series against the West Indies. The left-arm fast bowler is well known for his bowling in the fag end of the innings and he has an accurate yorker under his belt.

Starc also has the speed under his arsenal and he can breathe down the neck of the opposition batsman. In fact, the left-arm fast bowler hasn’t consistently played in the white-ball matches for Australia but he was at his lethal best against the Windies.

Starc scalped three wickets in the final ODI at Barbados and helped Australia restrict the hosts at 152. Furthermore, the fast bowler snared a total of 11 wickets in three matches and bowled at an impressive average of 10.64. Starc bowled with an economy rate of 4.31 and also picked up a five-wicket haul as he returned with figures of 5-48 in the first ODI. Ergo, Starc was awarded the Player of the series.

“I think Mitchell Starc is the best white-ball bowler in the world,” Langer said before the team’s departure for Bangladesh to play a limited-overs series.

“He bowls up front, swings the ball. He is the best bowler at the death in the world. He is great to have in our team. The combination with him and Josh Hazlewood is a real plus for us,” Langer was quoted as saying on the ICC website.

Meanwhile, Australia were thrashed by 4-1 in the T20I series by West Indies but they bounced back in style to win the ODI series by 2-1 despite the absence of their full-time captain Aaron Finch.

“I knew the T20s were going to be tough, particularly against the West Indies who are as good as anyone in the world in T20 cricket,” Langer said.

“It was disappointing to lose that series but a lot came out of it for us in our build-up to the World Cup. To win this one-day series is a great reward for all the hard work the boys have been doing and it is nice to see them being rewarded for that and some smiles on their faces yesterday.

“It’s a great indication of the depth of talent we have got in Australian cricket. We have got so much talent. One of the hard things as a selector is trying to fit them all into XI places. Really proud of the way the guys have fought through this whole series.”

Australia will now tour Bangladesh for a five-match T20I series.