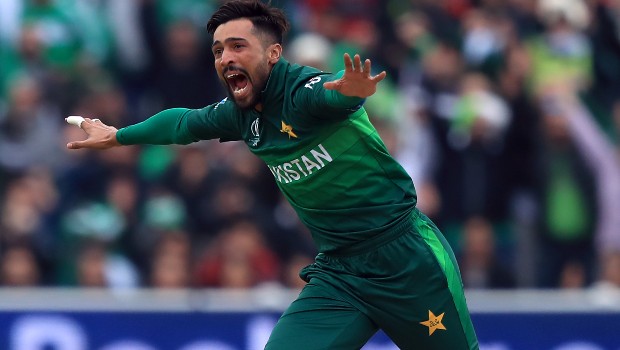 Pakistan gun fast bowler Mohammad Amir has picked Rohit Sharma as one batsman he is always keen to dismiss. Amir and Rohit have shared great rivalry and the Pakistan pacer was able to dismiss the Indian opener in the all-important 2017 Champions Trophy final. The southpaw pacer was able to get the ball back into the right-hander to plumb him in front of the wickets.

Amir had added that he won’t make the mistake of calling Rohit an ordinary batsman. The Pakistan pacer said he knows Rohit is an extraordinary batsman and his records speaks for himself.

Meanwhile, Mohammad Amir has had his wood on Rohit Sharma. The left-arm pacer has dismissed the stylish batsman on a solitary occasion in ODI format whereas Rohit has scored 43 runs off 71 balls while facing Amir.

On the other hand, Amir has dismissed Rohit on two occasions in the T20Is whereas the flamboyant batsman has been able score only one run against Amir.

Amir said there are a lot of batsman whom he wants to dismiss but Rohit Sharma is at the top of his list while talking to Pakistan journalist Saj Sadiq.

Question: Who is the batsman that you are always keen to dismiss?

Mohammad Amir: There are lots, but that has to be Rohit Sharma#Cricket

Question: Who is the batsman that you are always keen to dismiss?

Mohammad Amir: There are lots, but that has to be Rohit Sharma.

Meanwhile, both Rohit Sharma and Mohammad Amir are expected to take on each other in the Asia Cup, if the tournament happens.

Amir recently called it a day from the red-ball version in order to focus on the white ball format. On the other hand, Rohit Sharma suffered a calf injury in the T20I series against New Zealand and he would look to make a roaring comeback as lockdown restrictions have eased. Rohit has revealed that he needs to clear the fitness test before resuming his training.