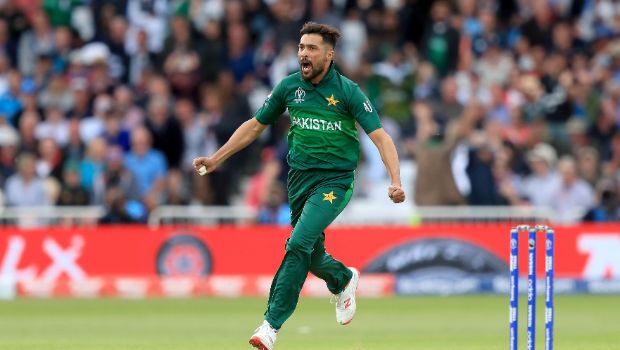 Amir had surprised everyone when he decided to retire from all forms of the game after he revealed that the Pakistan Cricket board had disrespected him.

Meanwhile, Akram feels Amir’s experience will be handy for Pakistan in the T20 World Cup, which will take place in the October-November window. Akram feels Amir is one of the best T20 bowlers in the world and he should be in the Pakistan squad for the T20I showpiece.

“I am very surprised because Amir is a very experienced bowler and one of the best in the world in T20 cricket. Personally, I think he should be in Pakistan’s World T20 squad,” Akram suggested. (Quotes via PTI)

Akram feels Amir’s experience will help younger Pakistan bowlers in delivering the goods for the team.

“In World Cup events you need experienced bowlers who can also advise and guide the younger bowlers. We need to have more impact players in the T20 squad, those who can play without fear of failure only then can we do well,” Akram mentioned.

Meanwhile, former players like Danish Kaneria and Saeed Ajmal have criticized Mohammad Amir for not playing Test cricket. However, Akram has backed Amir’s decision and stated that it is not right to question Amir’s call as other players have also taken a similar path.

“Other players have done it but no one says anything about them. So why Amir? I think if he is available for other formats, he should be playing for Pakistan. Other players also take time off for the birth of their child so what is the big deal,” Akram concluded.

Meanwhile, it looks difficult that Mohammad Amir will make a return to Pakistan’s squad as there is a lot of tension between him and the board.