Home » Cricket » Mohammad Asif was the best bowler I faced, had no idea against him – Kevin Pietersen

Mohammad Asif was the best bowler I faced, had no idea against him – Kevin Pietersen 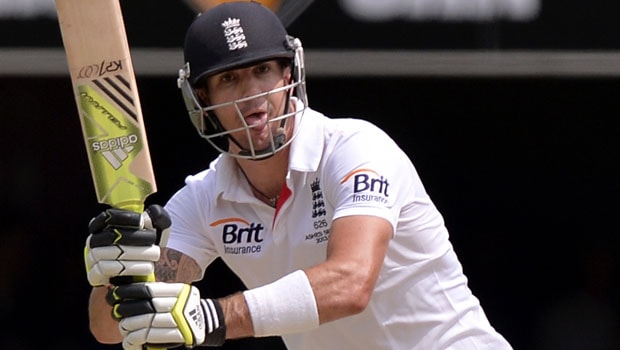 Former England batsman Kevin Pietersen rated ex-Pakistan fast bowler Mohammad Asif as the best bowler he ever faced in his illustrious career. Pietersen added that he had no idea while he was playing against Asif. The Pakistan ace pacer had the skills to move the new ball both ways.

Furthermore, Asif was known to mostly bowl in the good length area and hardly give an inch to the batsmen. The Pakistan fast bowler was immaculate in his line and length. Thus, the batsmen had to be always up on his toes while facing Mohammad Asif.

Pietersen added that there were many batsmen who were happy that Asif got banned. Asif’s career was full of controversies and he was banned in 2011 for spot-fixing scandal.

I think there’s plenty batters around the world that were happy he got banned!
He was the best I faced!
I had no idea against him! https://t.co/AoN2xN2oX1

Asif had his wood on Pietersen as he dismissed him on two occasions in Test fold, two times in ODI form and one time in T20I version. The Pakistan bowler used to bowl from close to the stumps which helped him in maintaining the good line and length. Thus, he mostly bowled in the corridor of uncertainty.

The Pakistan ace paceman scalped 106 wickets in 23 Test matches at a staggering average of 24.37. Asif snared 46 wickets in the 38 One Day matches at an average of 33.13 and gave away his runs at an impressive economy of 4.71. Furthermore, the right-arm pacer claimed 13 wickets in 11 T20I matches. Asif also played in eight IPL matches in which he took as many wickets.

Pietersen wrote on his Twitter handle, “I think there’s plenty of batters around the world that were happy he got banned!  He was the best I faced! I had no idea against him!”.