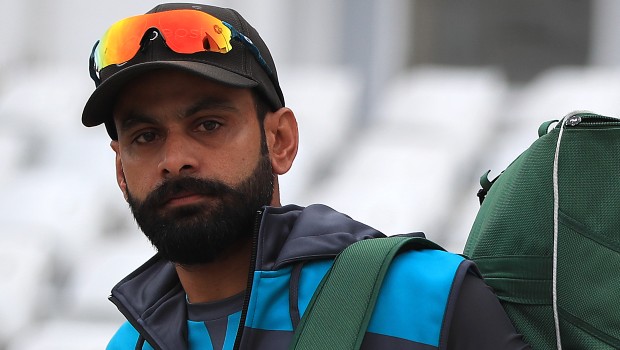 Pakistan all-rounder Mohammad Hafeez will self isolate himself after breaching the biosecurity protocol, set by the Pakistan Cricket Board. Hafeez posted a picture with an old lady on the Golf course, which is part of the team’s bio secure bubble. However, interaction with the general public is not allowed as it puts all the players and support staff in jeopardy.

Meanwhile, Hafeez is not part of the Test squad and he is expected to play in the three T20Is against England. The all-rounder took to his Twitter account to share the picture with the lady and his post read as, “Met an inspirational Young lady today morning at Golf course. She is 90+ & & living her life healthy & happily.Good healthy routine”.

Hafeez went through a Covid-19 test on Wednesday and the result of the same is expected to come on Thursday. The decision to put Hafeez under self-isolation is taken for the safety of all the team members in the bubble. He will remain in self-isolation until he returns a negative test.

Pakistan said in a statement: “As it was evident from the photograph that Hafeez had breached the two-metre social distancing protocol and following a consultation process with the team doctor, the team management has decided to isolate him until he returns a negative Covid-19 test.

“Hafeez underwent the Covid-19 test late Wednesday afternoon and the result is expected at some stage on Thursday. The decision to put Hafeez in isolation has been taken for his and the safety and security of everyone around him.

This is not the first time that a player has breached the biosecurity protocol. Earlier, England fast bowler Jofra Archer went to his home when he was travelling from Ageas Bowl, Southampton to Old Trafford, Manchester for the second Test against the West Indies.

The players need to be cautious in their approach as leniency on their part can put the whole series and the other members at stake. A lot of money and effort has been put by both the boards to make the tour possible and the players should be responsible for their actions.

Meanwhile, Pakistan has named an unchanged squad for the second Test match against England. The hosts lead the three-match series 1-0 after winning the thrilling contest in the first Test by three wickets.

England made a roaring comeback into the first Test match through the partnership of Jos Buttler and Chris Woakes, who added 139 runs to help their team chase down 277 runs.

The second Test match will begin at Ageas Bowl, Southampton from today.