Home » Cricket » Mohammed Shami ‘ among the best three seamers in the world at present’: Virat Kohli

Mohammed Shami ‘ among the best three seamers in the world at present’: Virat Kohli 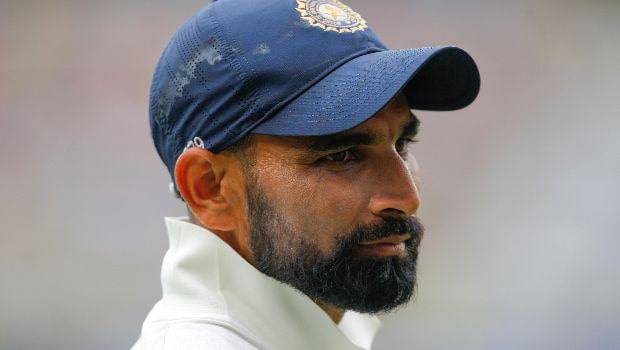 Indian skipper Virat Kohli was full of praise for Mohammed Shami after India won the first Test of the three-match series against South Africa in Centurion by a massive margin of 113 runs.

Shami claimed a total of eight wickets in the match, including a five-wicket haul in the first innings to bowl the Proteas out for a paltry total of 197. His spell was very important in the context of the game as it came when Jasprit Bumrah was out of the field for a long time after twisting his ankle. Eventually he came back to bowl once again but the hosts could have run away with the game in that session had Shami not dished out his best.

“Very, very happy for him to get 200 wickets and have an impactful performance,” Kohli said about Shami during the post-match presentation.

“He is absolutely world-class talent. For me, he’s in the best three seamers in the world at the moment. His strong wrist, his seam position and his ability to hit a length consistently…”

Kohli also praised the entire Indian pace bowling unit as their performance has been the main reason behind their success in overseas conditions this year.

“Just the way these guys bowl together, it’s just a hallmark of our team getting a result from that position, not just in this game but also in the last two-three years,” he added.

This is India’s first Test win in Centurion and they will be eager to register their first series win in South Africa as well. The next Test match is scheduled to be played in Johannesburg, the same venue where India won a match on their last tour.

KL Rahul was awarded the Player of the Match for his superb century in the first innings of the match. It was not a pleasant match on the individual front for Kohli, though. He was dismissed while playing expansive drives in both innings for scores of 35 and 18. Even though he looked good during his brief knocks, it was the same shot that led to his downfall in both innings. It remains to be seen whether Kohli will be able to improve his approach in the upcoming matches but this is a great start for the Indian team and they will be looking to carry this momentum forward.