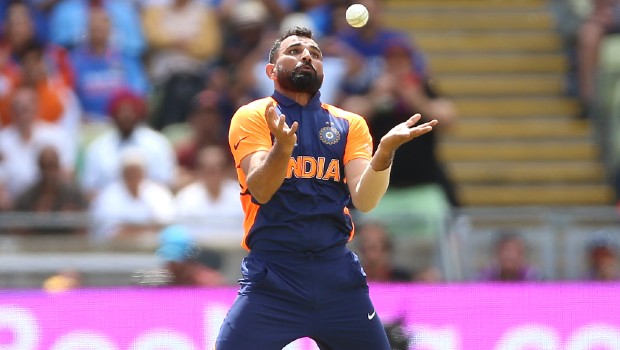 India fast bowler Mohammed Shami has showered praise on his teammate Cheteshwar Pujara, who helps the bowlers in the practice sessions. Shami believes Pujara gives all the bowlers a very good idea on the line they are bowling. The pacer added Pujara will let the bowlers know if they are veering off the line.

Cheteshwar Pujara is the spine of the Indian batting in the Test fold and he has been rock solid at number three. Pujara has amassed 5870 runs in the 77 Test matches at an average of 48.67.

Shami added that Pujara is the most competitive batsman even when he is batting in the nets. The Indian quick stated that Pujara hates getting out in the nets and he puts a price on his wicket. Thus, there is no clemency for the Indian bowlers when they are bowling to the rock solid batsman.

“Whenever he is batting, the bowler gets the idea about how much you are drifting away from the off stump.”

Subsequently, Shami believes there is a lot to learn when one is bowling to a batsman like Cheteshwar Pujara. The right-hander is known to give his best and he is one of the hardest batsmen to get out in the International arena.

Pujara has a rock solid defence under his repertoire and it is not easy to breach the same. The Saurashtra batsman was the architect of India’s maiden Test series win on the Australian soil as he had racked up 521 runs in four Test matches at a stunning average of 74.43.

On the other hand, Mohammed Shami has also done well for the team in the last couple of seasons. The right-arm pacer was India’s highest wicket-getter in ODIs as well as in Test fold in 2019. Shami has scalped 180 wickets in 49 Test matches at an average of 27.36. Furthermore, the Bengal pacer has snared 144 wickets in 77 ODI matches at an impressive average of 25.42.