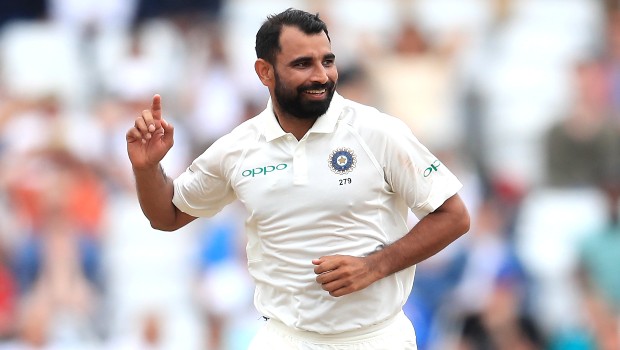 India’s fast bowler Mohammed Shami has revealed that he will have an advantage once BCCI will start its camp. Shami has been training regularly at his farmhouse and thus he believes that it would help him to hit the ground running once BCCI resumes training for its players.

Shami has uploaded videos on his social media in which he is bowling at full throttle. The right-arm pacer is also seen doing running sessions at his place. Shami’s home has a mini ground which has a full facility of net practice. Consequently, Shami has kept himself at the top of his fitness with the help of regular training.

Shami has got the space and he has made most of it during the lockdown situation when most of his teammates haven’t been able to train regularly.

“Obviously I will have an advantage as I have been training quite regularly. This is different from an injury-induced break. I have been in good rhythm, and luckily, I don’t feel any stiffness while bowling full tilt,” Shami told PTI.

“This is a phase when you always know that you are there and it’s a matter of time to get that rhythm back. It bolsters your confidence,” he added.

“If you don’t get proper conditions, you can’t try bowling with the old ball. I will tell you why…,” he explains.

Shami is known to get reverse swing and it would be interesting to note how he will adjust to the saliva ban. The right-arm pacer has a upright seam position and thus he gets the help from the surface.

Earlier, India’s bowling coach Bharat Arun had stated that the bowlers will take six to eight weeks to be Test match ready. However, Shami might take less time to get himself going as he has been training regularly.