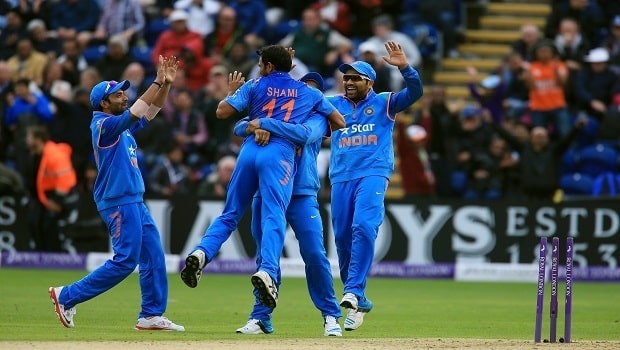 For a major part of his career, Mohammed Shami has always been seen as a bowler suited to the longer formats. He is someone who likes to hit the deck hard and depends on seam and swing movement to fetch wickets. Even though he has always performed very well in ODIs, his T20 performances always fell short of what was expected of him.

That’s why he had featured in just seven T20Is for India prior to the series-decider of the three-match series against West Indies, even after making his international debut for India in 2013. And his numbers in these seven T20Is read eight wickets at a dismal average and economy rate of 31.25 and 10.68 respectively.

However, there has been a drastic change in his form, fitness and bowling approach ever since he made a comeback into India’s limited overs squad towards the end of last year. Shami has looked fitter, his pace has gone up and, as it has been evident, he has added some variations to his repertoire as well. In fact, he was terrific for India during the World Cup this year.

He picked up 14 wickets in just four matches at a terrific average and strike-rate of 13.78 and 15.0 respectively.

Not only that, he was a revelation for Punjab during the Indian T20 League this year as well. He had his best season as he claimed 19 wickets in just 14 matches at a superb strike-rate of 17.05.

Moreover, his economy rate of 8.68 during the course of the tournament was his best in the last four seasons. And now he bowled an excellent spell of 4-0-25-2 in the third T20I against West Indies on Wednesday, that too, on a Wankhede track that was an absolute paradise for the batsmen.

He bowled during all stages of the innings and the main reason behind his success was the clever variations in his deliveries. Shami mixed his deliveries up well. He used the cutters a lot along with canny variations in pace. One of his scalps included the big wicket of Lendl Simmons who had powered West Indies to victory in the second match at Thiruvananthapuram.

So Shami’s rise as a T20 bowler has now given India much needed depth in their pace bowling arsenal for the upcoming T20 World Cup in Australia next year. Jasprit Bumrah and Deepak Chahar have already cemented their places in the XI, and Shami will now be competing with Bhuvneshwar Kumar for the third seamer’s slot.

Previous Post
Indian Badminton stars off to a winning start in the Bangladesh International Challenge
Next Post
ICC Ranking: Kohli and Rahul move up, while Sharma drops