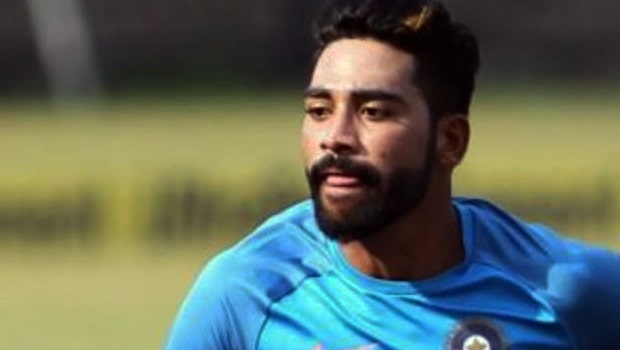 It is reported that Mohammed Siraj and Shardul Thakur could fight for the fifth bowler’s place for the upcoming Australian tour in the red-ball team. With Bhuvneshwar Kumar (hamstring injury) and Ishant Sharma (muscle tear) all but ruled out of the tour Down Under, these two can get their chances in the four Test match series.

Jasprit Bumrah, Mohammed Shami and Umesh Yadav are expected to be India’s first three fast bowlers of the squad. Furthermore, Navdeep Saini, who has impressed with his express pace, will be the fourth pacer of the side.

Meanwhile, Mohammed Siraj has done well in the red ball format while playing for India A and his Ranji Trophy team, Hyderabad. Similarly, Shardul Thakur has the skills to swing the new ball and he has done a decent job while playing for Mumbai in the domestic circuit.

“Siraj has really done well for India A over the past few seasons. I think he is a better red ball bowler and could be very handy in Australian conditions,” former chairman of selectors MSK Prasad told PTI on Tuesday.

On the other hand, Prasad added that Shivam Mavi can also be given exposure in the white ball team and can be exposed to Test cricket later.

Meanwhile, the current selection panel is led by Sunil Joshi and the selectors are expected to announce a jumbo squad for all three formats later in the week. India will first play the limited over series before locking horns with Australia in the four-match Test series.

The pace battery had played a key role in the previous tour of Australia as they had scalped 50 wickets in the four matches. With the experienced bowlers like Bhuvneshwar Kumar and Ishant Sharma almost out of the tour, the onus will be on young bowlers like Mohammed Siraj, Shardul Thakur and Navdeep Saini to step up their game.

The Indian team players will travel to Australia after the conclusion of the ongoing IPL in the UAE. The visitors will quarantine in Sydney and the schedule is yet to be confirmed by Cricket Australia.