Mohit Sharma: Why MS Dhoni is a true leader 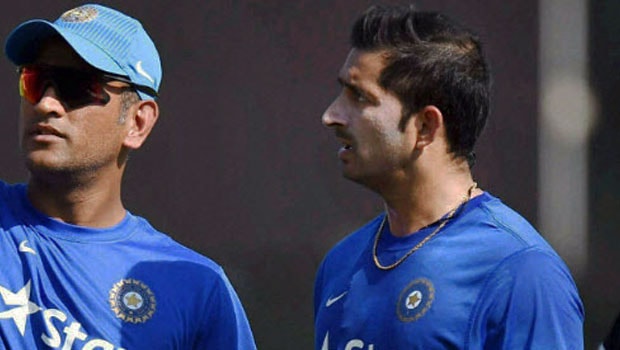 Indian pacer Mohit Sharma has described former India captain, MS Dhoni, as a true leader who takes responsibility for whatever happens to his team.

Speaking during an Instagram session organized by the Delhi franchise, Sharma, who has played most of his game under the veteran both at the club and national team level, Sharma pointed that he does not shy away from his responsibility in challenging times.

The 31-year-old pacer will be plying his trade with Delhi Capitals this season. However, the lockdown has halted his debut, leading to the postponement of the league indefinitely.

Speaking on the qualities of the veteran, Sharma, who was part of the World Cup-winning squad, said Dhoni’s humility and sense of gratitude set him apart from other professionals he has played with. He also noted that there’s a difference between a captain and a leader in the game of sport, pointing that Dhoni is a true leader.

Speaking further on his leadership qualities, the 31-year-old pacer said that whenever the team wins, Dhoni is not found anywhere prominent, but whenever it was a loss, he stays in front always to take responsibility, which is the sign of leadership he admires so much.

Having had back surgery, Sharma is ready to return to the field. With the lockdown making competitions uncertain at the moment, the pacer’s return to competitive cricket has been delayed.

He also said that his club would be in strong contention for the India Premier League (IPL) title whenever the tournament is played. The IPL stands indefinitely suspended for the moment after being rescheduled once due to the coronavirus pandemic.

After going through back pain for two years, Sharma went under the knife to make necessary correction which forced him to be out of action for about ten months. He said he finally went for the operation and completed a three-month rehab, and he was looking forward to playing for his club this season.

That will have to wait till normalcy returns. When that happens, Sharma is routing for his team to win the IPL because they comprised what he described as a fantastic group of players with a solid Indian core.

He believes his team has the right players who can help in challenging for the trophy.