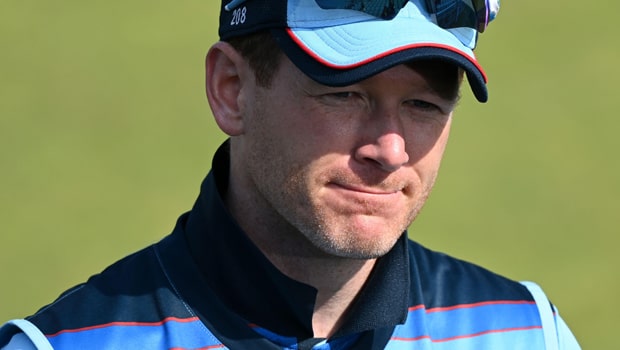 Eoin Morgan, skipper of the England team, would not play in the final two matches of the Twenty20 series against the West Indies due to a thigh injury. He already missed the third game on Wednesday, and Moeen Ali had to fill in the position of captain for the match, which England lost.

Confirming his absence, the English and Wales Cricket Board said that although the injury was minor, Morgan was not fit to play in the remaining two games: “follow-up testing revealed he sustained a right thigh muscle injury which, whilst relatively minor, will prevent him from playing further games during the current tour.” The two final games would hold this Saturday and Sunday.

The Windies currently lead the series, after registering a second win on Wednesday. But there is still chance for England to level the match and even win it. It depends on how the remaining games go and if Morgan’s absence would prove to be a problem for them, as Ali hinted after the game on Wednesday: “We were done a little bit with Morgs going down and playing three debutants but they played really well.” Morgan was very instrumental in helping England win the second game after making 13 from 12 balls.

After losing to Australia 4-1 in the recently concluded Ashes, England would do all they can to avoid ending with a loss this time. Hopefully, under Ali’s captaincy, they would be able to change their strategy to work around Morgan’s absence to boost their performance in the remaining matches.

Currently ranked the number one T20I team in the world, England is missing key players in their tour of West Indies. Names like Jonny Bairstow, Ben Stokes, Chris Woakes and Mark Wood did not make the squad after their involvement in the Ashes last month.