Home » Cricket » Who are the highest wicket-takers in the last three editions of the IPL?

Who are the highest wicket-takers in the last three editions of the IPL? 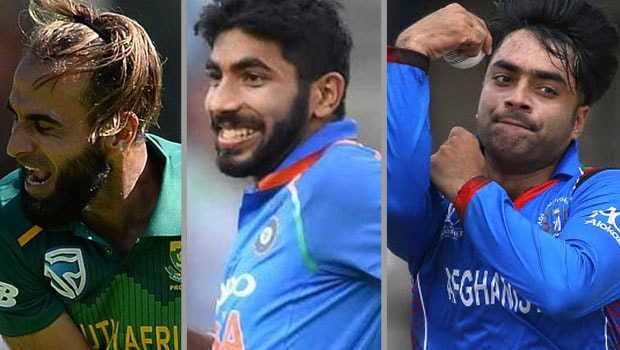 When we look at the all time records of the Indian Premier League, Lasith Malinga will appear at the top of the list for most wickets by a bowler in the history of the tournament. On digging deeper we would find names like Amit Mishra, Harbhajan Singh and Dwayne Bravo among others who follow the Sri Lankan veteran in the most wickets list. However, things have changed quite a lot in the last few years and hence, new bowlers have emerged as world-beaters as well. That said, let’s take a look at the three highest wicket-takers during the last three editions of the IPL.

The Indian speedster who plies his trade for Mumbai Indians in the IPL is the highest wicket-taker in the last three seasons combined. Bumrah has bowled on 46 instances during this period and has picked up 56 wickets at an excellent strike-rate of 18.75 and a mean economy rate of 6.98. Not only that, he has taken 3 or more wickets on 4 different instances during this time period and that sums up his match winning ability with the ball. There is hardly anyone as good as Bumrah when it comes to bowling Yorkers and using variations, and that’s the main reason behind his success.

With just one wicket short of Bumrah’s wicket-tally, the Afghanistan international is placed at second in the list of most wickets during this period. The wrist spinner has played for Sunrisers Hyderabad since his debut season and has gone on to be a huge success for them. Since 2017, Rashid has 55 wickets to his name in the IPL striking at an interval of every 19.85 deliveries. He has been a strict operator too as his economy rate of 6.55 suggests. His main strength is his deceptive googly and the pace at which he gets the ball to turn. That’s why he has picked up three or more wickets in six instances during this timeframe.

The veteran South African wrist-spinner is still a force to reckon with in this format. As far as his age is concerned, he is on the higher side of his 30s now but it isn’t stopping him from enjoying success in the IPL. Tahir has picked up exactly 50 wickets in the last three years of the tournament but has done that at a much better strike-rate of 15.84 than Bumrah and Rashid. His economy rate (7.48) though is a little on the higher side but he makes amends for that with his rate of picking up wickets.