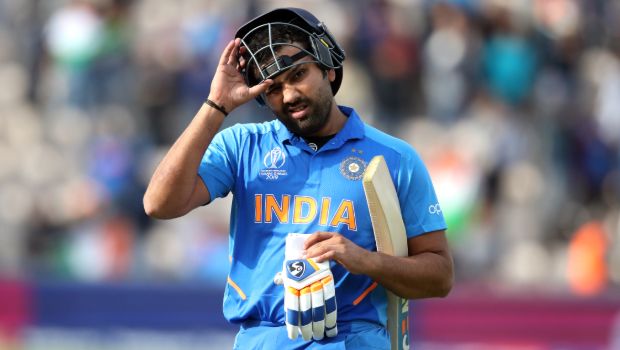 Rohit Sharma is the most successful captain in the IPL history as he has led Mumbai Indians to four titles whereas MS Dhoni has taken CSK to glory on three occasions.

On the other hand, Rohit Sharma has led Mumbai Indians in 104 matches in which the team has won 60 games and lost 42 whereas two have been tied. Ergo, Rohit has a win percentage of 58.65 in the IPL.

Both of these captains have led from the front and they have been able to get the best out of their players. Dhoni also had the experience of leading the Indian team whereas Rohit Sharma deserves all the credit as he grew in stature after he was given the captaincy reins of Mumbai Indians.

On the other hand, Royal Challengers Bangalore talisman batsman AB de Villiers has been named as the GOAT batsmen of the league. De Villiers has scored 4395 runs in 154 IPL matches at an average of 39.95 and a blistering strike rate of 151.24. RCB captain Virat Kohli has been named as the Indian player of the league as he is the highest run-getter of the tourney with 5412 runs in 177 matches at a staggering average of 37.84.

Mumbai Indians legendary fast bowler Lasith Malinga has been named as the GOAT bowler of the league. Malinga is the highest wicket-taker of the tournament with 170 scalps in 122 matches at an average of 19.79.

Currently with the Chennai Super Kings, Shane Watson has been named as the GOAT all-rounder. Watson has scored 3575 runs in 134 IPL matches at an average of 31.09 and he has also snared 92 wickets in the league.