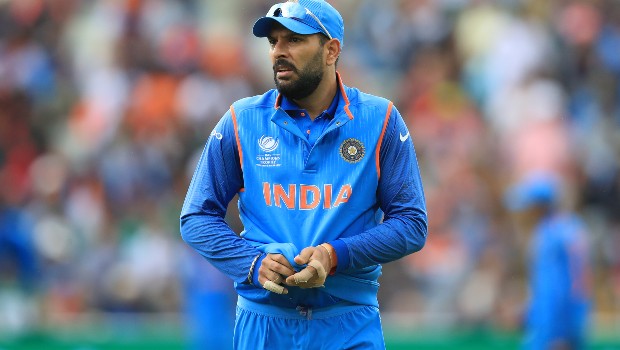 Former Indian linchpin batsman Yuvraj Singh stated that he didn’t get the same kind of backing from MS Dhoni and Virat Kohli as he did from former captain Sourav Ganguly. Yuvraj had made his debut under the leadership of Sourav Ganguly back in 2000 and the former skipper had put his weight behind the youngster.

Yuvraj had made an impressive start to his career in the ODI knockout tournament and had scored an impressive 84 against the mighty Australians.

On the other hand, Yuvraj Singh was at the peak of his career in the 2011 ICC World Cup as he scored 362 runs and scalped 15 wickets. Thus, Yuvraj was awarded the Player of the tournament and performed brilliantly under the leadership of MS Dhoni.

Subsequently, Yuvraj had to battle against cancer and had to go through a hard time because of the illness. However, when he made a comeback into the national side, he was a different Yuvraj Singh altogether. The southpaw struggled to get going in the 2014 T20 World Cup final against Sri Lanka and sauntered to 11 runs off 21 balls. The left-hander was then criticised for his slow knock.

Yuvraj added that he has better memories of playing under the tutelage of Sourav Ganguly rather than MS Dhoni and Virat Kohli. However, Yuvraj has always shared a great bonhomie with Dhoni and Kohli.

“I have played under Sourav (Ganguly) and had a lot of support from him. Then Mahi (MS Dhoni) took over. It’s a difficult choice to make between Sourav and Mahi. I have more memories of time under Sourav because of the support he gave me. I didn’t have that kind of support from Mahi and Virat (Kohli),” Yuvraj Singh was quoted as saying by Sportstar.

Meanwhile, Yuvraj played his last International match in June 2017 against West Indies under the leadership of Virat Kohli. Yuvraj was not at his best in the fag end of his career and thus he didn’t get the backing from present skipper Virat Kohli.

Furthermore, Yuvraj’s fitness was also not up to the mark as there were regular fumbles in the field, which was rare as he was always a livewire in the early stages of his career. Subsequently, Yuvraj Singh decided to call it a day from his International career in June 2019.

The talisman scored 8701 runs in 304 ODI matches at an average of 36.56 and scalped 111 wickets. The all-rounder was known for his performance in the big matches of the big tournaments.