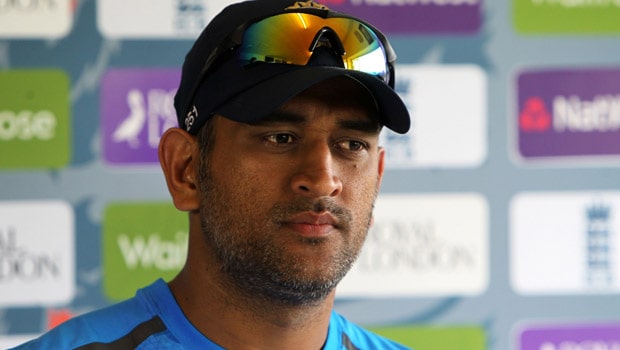 Former Indian captain and two-time World Cup winner MS Dhoni has finally decided to retire from International cricket. Dhoni took to his Instagram handle to make the official announcement with an old classic hindi bollywood song. “Thanks a lot for ur love and support throughout from 1929 hrs consider me as Retired (sic)”, read his post of the formal announcement.

However, Dhoni will continue to play in the Indian Premier League where he will lead Chennai Super Kings. Dhoni had arrived in Chennai on Friday after he tested negative for Covid-19. The right-hander has joined CSK preparatory camp and the team is expected to jet off to the UAE after August 20.

Meanwhile, Dhoni had earlier bid adieu to the Test fold on the tour of Australia in 2014 after the Melbourne Test. The former skipper had passed on the limited-overs captaincy baton to Virat Kohli in January 2017.

“It is the end of an era,” said BCCI President Sourav Ganguly. “What a player he has been for the country and world cricket. His leadership qualities have been something which will be hard to match, especially in the shorter format of the game. His batting in one-day cricket in his early stages made the world stand up and notice his flair and sheer natural brilliance. Every good thing comes to an end and this has been an absolutely brilliant one. He has set the standards for the wicketkeepers to come and make a mark for the country. He will finish with no regrets on the field. An outstanding career; I wish him the best in life.”

Dhoni’s last match in the Indian colours was the 2019 World Cup semi-final against New Zealand in which he was run-out after scoring 50 runs from 72 balls. Interestingly, Dhoni was able run-out on his ODI debut against Bangladesh at Chattogram in December 2004.

Dhoni went on to announce himself at the big stage when he clobbered 123-ball 148 against arch-rivals Pakistan in 2005 when he was given the chance to bat at number three. The right-hander didn’t look back in his career after that knock.

Dhoni was known for his brilliant wicket-keeping skills and took a total of 829 dismissals. The right-hander went on to amass 10773 runs in 350 ODI matches at an impressive average of 50.57. The former Indian captain also smashed 229 ODI sixes, which is the most for any Indian batsman. The right-hander scored 1617 runs at an average of 37.6 in 98 T20I matches.