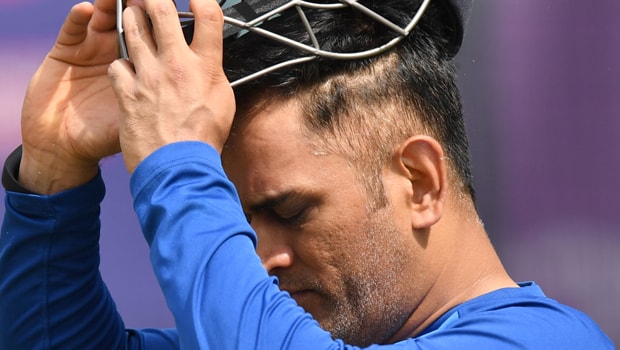 New Zealand and Chennai Super Kings all-rounder Mitchell Santner has revealed that MS Dhoni had apologised to the umpires after he had stormed into the ground to argue with them. In IPL 2019, the hosts Rajasthan Royals were taking on Chennai Super Kings at their home den of Sawai Man Singh Stadium.

Eight runs were required off the last three deliveries and Santner was facing Ben Stokes. The England all-rounder bowled a high full toss and the stump umpire, Ulhas Gandhe signalled a no-ball.

However, mostly the waist high full toss is square leg umpire’s call but Bruce Oxenford communicated that he didn’t signal a no ball and asked his colleague to take back his call.

Dhoni, who had been dismissed in the same over, was observing everything from the boundary ropes. The Chennai Super Kings captain was furious with the decision and stormed into the field to argue with the two umpires. In fact, Dhoni also exchanged a few words with Ben Stokes.

Dhoni’s actions were criticised and many cricket pundits believed that the legendary player crossed the line by crossing the boundary line.

However, Santner added that Dhoni was standing up to the team and it was an instinctive decision on his part. CSK then went on to win the match after Santner smashed a six on the last ball to hand a four-wicket win to his team.

“I was probably as surprised as everyone. He (Dhoni) is so calm. But I think that shows you how committed he is to the team and how much of a family it is to him and how much it means to him to do something like that. It wasn’t anger, it was just one of the umpires just stuck his hand out and you can’t be going back,” Santner said in an Instagram live with Chennai Super Kings.

“A little bit (talk after the game). I was out there. I obviously saw him out there. He was right next to the umpire. Obviously he knew he was not allowed to do that. He apologised straightaway. It might have flustered Stokes and gave me a good ball to hit. I am happy,” he added.

It was surprising to see Dhoni in such an avatar as he is always calm and composed. The right-hander had played an imperative knock of 58 runs off just 43 balls to help his team get close to the target.