Top 5 MS Dhoni finishes which will be remembered forever 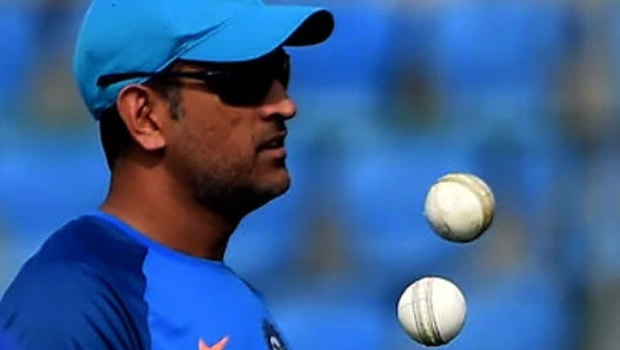 Mahendra Singh Dhoni is a name synonymous with hope. The World Cup winning Indian captain has built up a stellar reputation of stepping up his game whenever the chips are down and snatching victories away from the jaws of defeat for his team – be it for India, his Indian Premier League team Chennai Super Kings, or any other side he is representing.

However, with the 38-year-old’s career in its twilight and speculations about his retirement getting stronger every day, whether or not cricket fans will be able to enjoy another stunning completion to a match courtesy MS Dhoni’s bat, gloves or just sheer guile, remains to be seen. Regardless, the moments Mahi has already produced will be etched in everyone’s minds and hearts forever.

Here we recall the five most iconic finishes by the talismanic cricketer.

Chasing a gigantic target of 299 set by Sri Lanka on the back of crucial knocks by their stalwarts, Kumar Sangakkara and Mahela Jayawardene, India never really let the game get out of their hand. The major reason being the blitzkrieg unleashed by Dhoni against every opposition bowler on the day.

Sourav Ganguly gambled by promoting Dhoni to number three and Mahi did not disappoint his captain. The Ranchi lad’s 145-ball knock included 10 huge sixes and 15 boundaries. With four overs remaining, he took India across the line in trademark Dhoni style, with a six. His 183* remains the highest score by a wicket-keeper in ODIs till today.

Twenty three runs to win off the last over would seem like an impossible, if not improbable, task in most scenarios, but with Dhoni on the strike, maybe not so much. Both Rising Pune Supergiants and KXIP were aiming not to finish last on the IPL points table.

KXIP’s Axar Patel was given the responsibility to defend 23 runs, which on any day is an easier task than chasing it. The RPS captain being the cool-headed guy he is, avoided singles and doubles in the over knowing only he could complete the monumental task at hand. There were two dot balls in the first four but the other two were dispatched over the ropes with brute force.

12 needed off two deliveries and the skipper slammed the left-arm spinner for two sixes to give RPS an unimaginable win.

This one is not the typical finish with the bat that Dhoni is known for. India were defending a mediocre total of 146 in a packed Chinnaswamy Stadium. Bangladesh batsmen were on track to cause a major upset as India were one of the favourites to win the title. It all came down to the last over with the Tigers needing 11 off six balls.

Dhoni put his faith in an inexperienced Hardik Pandya to bowl the last over. Pandya gave away 9 runs in his first three balls that included two boundaries by Mushfiqur Rahim.  The two set batsmen, Rahim and Mahmudullah played irresponsible shots to get out in successive deliveries.

Two needed off one and this is where the captain’s experience and intellect came into play. Dhoni had taken off his right glove before Pandya started his run up. As decided, Pandya bowled a short ball outside off that the batsman failed to connect but ran for a single. Dhoni with his gloveless hand dashed towards the stumps and dismantled it to engineer a run out and another memorable win.

The result, however, could have been very different if Dhoni didn’t have the foresight to take off the gloves beforehand to give himself the extra seconds which made all the difference.

The gripping rivalry between India and Pakistan has the hype and intensity no other cricket match offers. The National Stadium at Karachi witnessed one of the many memorable partnerships Yuvraj Singh and Dhoni stitched together in their careers.

India’s pursuit of 287 was eased by Pakistan’s dreadful fielding and an uninspired bowling effort. Dhoni started off his innings by playing the second fiddle while Yuvraj Singh did the big-hitting. But MS shifted gears when the target looked comfortable and India had enough wickets in hand.

Dhoni literally took off; tonking the ball all across the stadium, sometimes into the hands of disheartened Pakistani fans. The pace duo of Mohammad Asif and Mohammad Sami was punished with sweeps and drives that sent the ball racing towards the boundary in a flash.

Dhoni, accompanied by Yuvraj Singh, scripted the victory over Pakistan with 19 balls remaining.

It was 28 long years since Kapil Dev lifted the World Cup for India in 1983. India were chasing 275 at the Wankhede Stadium in the final to bring home their second World Cup. Dhoni took the bold decision of promoting himself above Yuvraj Singh. This would turn out to be the best decision he ever took.

Dhoni along with Gambhir never let the run-rate get out of their reach. They took the chances when the bowlers allowed but never risked it all. Dhoni reached his fifty but skipped the celebration because he knew there was a bigger task at hand.

The captain hit the winning six to bring home the coveted World Cup. The packed Wankhede Stadium erupted in joy as the dream of a billion people was realized by MS Dhoni. “Dhoni finishes off in style! A magnificent strike into the crowd. India lift the World Cup after 28 years!” These words of former commentator, Ravi Shastri, are forever etched in the memory of Indian cricket fans.