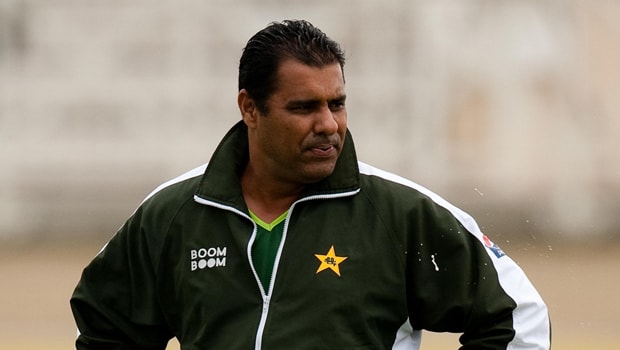 Former Pakistan captain Waqar Younis has heaped praise on MS Dhoni. Younis stated that Dhoni did a commendable job in carrying forward Sourav Ganguly’s legacy. The former gun pacer added that Dhoni’s leadership is praiseworthy. Younis also feels that Dhoni did an excellent job despite coming from a small town like Ranchi and took Indian cricket to great heights.

MS Dhoni is regarded as one of the most successful Indian captains and he took the team to glory in the 2007 World T20, 2011 World Cup and 2013 Champions Trophy. Dhoni led India in 332 matches across the three formats in which the team won 178 and lost 120. The former skipper had a winning percentage of 53.61. Thus, Dhoni was able to deliver the goods as the leader of the side.

On the other hand, Sourav Ganguly was also able to lead the team from the front. Ganguly gave confidence to the youngsters and the team’s performance improved remarkably while playing in overseas conditions. Subsequently, the baton was passed to Rahul Dravid and Anil Kumble, who also did a fine job.

Dhoni was then handed over the captaincy reins for the 2007 World Cup and he has never looked back since then. The wicket-keeper batsman went on to lead India with aplomb and his records as captain speaks for himself.

In a chat at GloFans Twitter platform during ‘Q20’, Younis said, “Sourav Ganguly was the one who started that journey of improvement for Indian cricket and M.S. Dhoni took that journey ahead. He is a World Cup champion and has won two World Cups. I think he has done wonderfully well for himself, for his country and of course, for his family”.

Younis added that MS Dhoni’s contribution to Indian cricket can not be explained in words. The former fast bowler feels Dhoni was able to understand the nitty gritties of leading from the front and thus achieved great success as a captain.

“What a cricketer M.S. Dhoni is. The way he led the team, it is difficult to express it in words. He is a very good and big leader who understands things. He is a wonderful human being and coming from a small village and the heights he has achieved plus leading such a big country and team is indeed praiseworthy,” Waqar further said.

MS Dhoni always remained cool as a cucumber while making the most important decisions. The former skipper also had a great game sense and he was known to stay ahead of the opposition.

Dhoni is one of the shrewdest captains to have ever embraced the game. The wicket-keeper last played for the Indian team back in the semi-final contest against New Zealand in the 2019 World Cup. Hence, it looks unlikely that he will once again play for the national side but he will definitely play for CSK in the IPL, whenever the tournament happens.