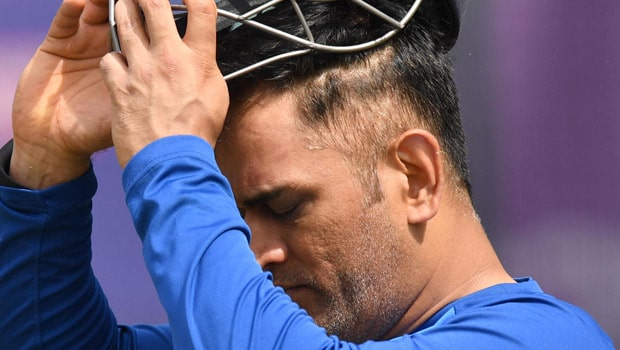 Former Indian captain Mahendra Singh Dhoni was one of the most successful captains in cricket history and arguably the greatest captain Team India ever had. Under Dhoni’s leadership, India completed the treble of winning the T20 World Cup, the World Cup as well as the ICC Champions Trophy. The era of Dhoni was also marked by a very successful period of young players being promoted and establishing themselves in the side.

Former Indian opening batsman Aakash Chopra shed light on the differences between Sourav Ganguly, MS Dhoni, and Virat Kohli’s captaincies in ICC knockout tournaments. Chopra believes that the fact that Dhoni didn’t allow pressure to get to the players resulted in so many trophies and victories.

Dhoni won three out of the four finals he led India to and is the only player till date to complete the treble of T20 World Cup, World Cup and Champions Trophy as captain. India reached three ICC tournament finals under current BCCI President Sourav Ganguly’s captaincy and lost twice, sharing only the 2002 Champions Trophy with Sri Lanka because the match was washed out.

Virat Kohli has taken India to two ICC tournament finals – the 2017 Champions Trophy and 2021 World Test Championship and is yet to taste glory.

“Dhoni’s class has been that under him the team has flourished. The few things I see that make Dhoni the best captain in the world is that he doesn’t make changes. He didn’t make anyone feel insecure in the team,” Chopra said in his YouTube channel.

Aakash Chopra also talked about the way in which MS Dhoni motivated the players ahead of the big knockout matches.

“If you see his team from the league stage to the knockouts, the team and the protagonists have remained the same. He has always got players who make runs in the big encounters. When you reach the quarterfinals, semi-finals or a final, the team that makes the least mistakes wins, the team that panics the least and the team which consistently plays the same XI so that all players are secure in the end,” he said.

Chopra further explained his point with the examples of Gautam Gambhir and Yuvraj Singh who were critical to India’s success in the 2007 T20 World Cup and the 2011 World Cup.

“That’s what MS Dhoni did for his team. If you see the 2007 and 2011 finals, you will remember Gautam Gambhir. You will remember the entire 2011 World Cup for Yuvraj Singh and Dhoni himself in the final. In 2013, you will see consistent performances from everybody,” he concluded.