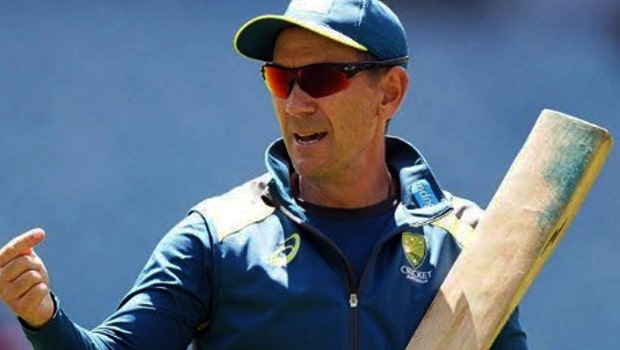 Australia’s head coach Justin Langer feels Australia need a batsman who can fill in the shoes of a finisher in limited-overs cricket. The Australian team has been fortunate enough over the years as the likes of Michael Bevan and Michael Hussey, have done justice to the role during their heydays.

The team has a strong top-order and middle-order in David Warner, Aaron Finch, Steven Smith, Marnus Labuschagne but no one has quite yet grabbed the finishing role for the team.

Meanwhile, MS Dhoni, who was last seen in the Indian colors in the 2019 World Cup was able to play the finisher role with great success. Dhoni was able to take the match deep and mostly had his calculations spot on, as to when and how he wanted to catapult his attack in the death overs. The Indian team has dearly missed the same in the last six months.

“We’ve been fortunate in the past with a Mike Hussey or a Michael Bevan who are masters at it. MS Dhoni is a master of it, Jos Buttler has been brilliant at it for England,” ICC quoted Langer as saying.

“What I’ve learned is everyone in the world is looking for it,” he added.

On the other hand, Australia was not at their best in the recently concluded ODI series against South Africa. Aaron Finch-led side was able to win the T20I series by 2-1 but they were whitewashed 3-0 by the Proteas in the ODI fold.

Langer added that no one has stepped up to grab the opportunity as the finisher.

Australia will next take on New Zealand in three-match ODI series and as many T20Is. The first ODI will take place at the Sydney Cricket Ground on 13th of March and the Men in Yellow will look to turn the tide after a disappointing series against South Africa. The hosts’ will also aim to find a suitable batsman who can provide the finishing touches for their team while batting down the order with the tail.