MS Dhoni is arguably the best ever captain – Kevin Pietersen 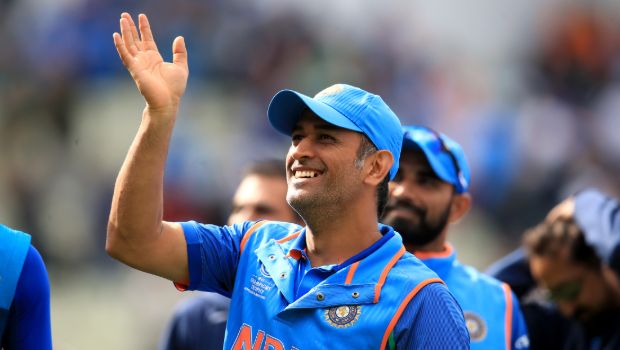 Former England batsman Kevin Pietersen believes MS Dhoni is arguably the best ever captain to have embraced the game.

Dhoni was one of the most successful captains and he is the solitary skipper to win all the three big ICC tournaments, namely World T20, 50-overs World Cup and the Champions Trophy.

Dhoni was known to lead from the front and mostly got the best out of his players. Furthermore, there is no denying the fact that the Ranchi born is one of the shrewdest minds to have played the game.

On the other hand, Dhoni has savoured great success as a leader while leading Chennai Super Kings in the IPL. Dhoni has led the franchise to three IPL titles and CSK is the second most successful team in the IPL.

Meanwhile, it is a hard job to select the best ever captain as there have been great leaders like Clive Lloyd, Steve Waugh, Ricky Ponting, Kapil Dev, Imran Khan, Graeme Smith and Sourav Ganguly.

However, Pietersen believes it is difficult to go against MS Dhoni. The former skipper achieved great success during his tenure as the Indian captain and his records speaks for himself. Dhoni was at his best in the limited overs format and the same reflected in the way he led his team. There was a different kind of confidence which was palpable in Dhoni’s eyes when he led his lads in the coloured jerseys.

Dhoni led India in 332 matches (collectively in Test, ODI and T20I format) in which the team won on 178 occasions whereas suffered defeat on 120 occasions. The wicket-keeper batsman had a win percentage of 53.61.

“It will be very difficult just with the weight of expectation to go against MS Dhoni because of what everybody expects from him, how he has to live his life and what he has been through captaining India and then captaining the CSK,” Pietersen told Star Sports.

MS Dhoni took Indian cricket to new heights under his leadership and he has been a great servant. Dhoni always backed his methods and led the team with a cool head on his shoulder.

The talisman was known to never put his emotion on display for the opposition and he was cool as a cucumber in crunch situations of the match, which helped him in taking the right decisions.