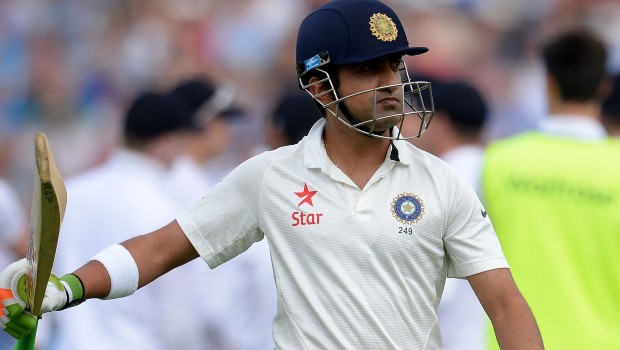 Former Indian opener Gautam Gambhir reckons MS Dhoni deserves a lot of credit for backing Virat Kohli, when the latter was not at his best. Kohli was at the nadir of his Test career as he could only manage 134 runs in five Test matches on the England tour in 2014 at a mundane average of 13.4.

Kohli struggled to cope up with the English conditions and could not handle the swinging conditions. The right-hander was mostly dismissed while poking at the balls outside the off-stump and could not get going in the entire Test series.

However, MS Dhoni, who was the captain of the side back then, put his weight behind Kohli as he knew that the Delhi batsman has the skills and talent to succeed at the Test level. Kohli had already shown great promise but he still had to prove his mettle in foreign conditions.

Subsequently, Kohli worked hard on his game and he was a different batsman altogether on the Australian tour in 2014, four months after England’s debacle. Kohli finished as the second highest run-getter of the series as he amassed 692 runs in four Test matches at an impressive average of 86.50 and since then he has never looked back.

Gautam Gambhir said while talking to Star Sports Cricket Connected, “The sort of series it was in 2014, even I was there on that tour. You have to give credit to MS Dhoni because a lot of careers have ended after such a series, especially in one format. But he gave that kind of security to Virat Kohli plus his own eagerness.”

On the other hand, Gambhir also gave credit to Kohli for not throwing the towel after his poor performance in England. Gambhir added that Kohli could have thought it would be better if he only focused on white-ball format but the current Indian skipper didn’t veer off the track, which goes to show Kohli’s mental strength.

“If he was a mentally weak player, he could have said after that tour that his focus will only be on white-ball cricket. If he gets to play Test cricket it is fine else he will focus just on the other two formats. But credit needs to be given that he gave importance to Test cricket and conquered it.”

Virat Kohli is the one of the most successful Test batsmen in the world now. Kohli is also placed at the second rank in the ICC Test rankings and pays a lot of importance to the pristine form of the game.

The talisman has scored 7240 runs in 86 Test matches at an average of 53.63. Kohli has already scored 27 Test centuries and he has seven double centuries in the Test fold.