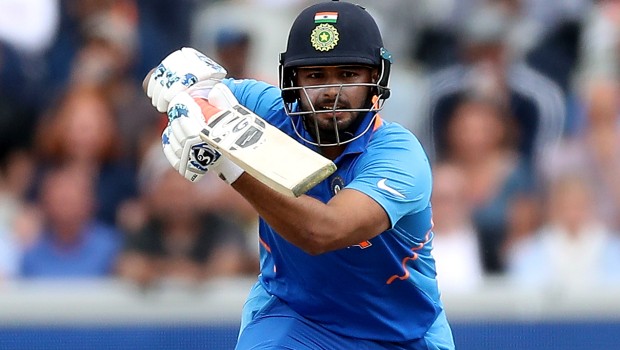 India’s rookie wicket-keeper batsman Rishabh Pant said legendary MS Dhoni never provides an entire solution to a problem whenever the youngster approaches the veteran. Pant feels Dhoni does so that the southpaw batsman doesn’t become dependent on him. The Delhi keeper-batsman added that Dhoni gives hints with the help of which he can improve.

In fact, there is no doubt that one has to keep improving his game at the International level. Pant has all the skills under his belt but he can still work on his shot selection. However, it is expected that he will get better at it with experience.

On the other hand, Dhoni has all the experience under his bag and he knows what should be done in what situations of the match. Furthermore, Dhoni has helped groom the best Indian players like Virat Kohli and Rohit Sharma. The former skipper was able to get the best of the young players under his captaincy.

Meanwhile, Rishabh Pant has shown the skills to do well. Pant had grabbed his opportunities in the Test fold as he scored centuries in England and Australia. However, the combative left-hander hasn’t quite grabbed his chances in the limited overs format, which is expected to be his forte.

Pant also added that MS Dhoni is also his favourite batting partner as things are sorted if he is at the other end. Thus, Pant only needs to follow Dhoni’s instructions.

“He (Dhoni) has been like a mentor to me, on and off the field. I can approach him freely with any problem I may be facing, and he will never give me the entire solution for it,” Pant said in an Instagram live session with his IPL team Delhi Capitals.

“This is so that I don’t become entirely dependent on him, he gives me hints only that helps me solve the issue myself. He’s also one of my favourite batting partners, though it’s not something that happens too often.

Pant still has a long way to go in his career and he would like to keep improving his game. The southpaw has scored 814 runs in 13 Test matches at an average of 38.76. The left-hander has scored 374 and 410 runs in 16 ODI and 27 T20Is respectively. Ergo, Pant will like to improve his limited overs numbers in the coming years.

Pant has impressed in the IPL while playing for Delhi Capitals as he has scored 1736 runs in 54 IPL matches at an average of 36.17 and a blistering strike rate of 162.7.