MS Dhoni should have retired after World Cup – Shoaib Akhtar 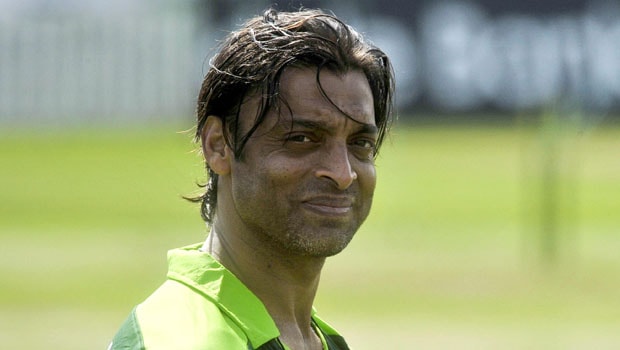 Former Pakistan speedster Shoaib Akhtar believes ex-Indian skipper MS Dhoni should have pulled the plug on his International career after the conclusion of the ICC World Cup 2019. In fact, Dhoni was expected to call it day after the ODI showpiece but he had decided to delay his retirement.

The talisman last played in the Indian colours in the semi-final clash against New Zealand, which the team lost. Subsequently, Dhoni decided to take an indefinite break from the game and also made himself unavailable for national selection.

Shoaib Akhtar, who was known for his express pace during his heydays, believes Dhoni should have moved on with dignity. In fact, the IPL was expected to play a big role in Dhoni’s future but now with the coronavirus threat, the tournament is under the dark clouds.

Akhtar added he failed to understand why Dhoni decided to drag his retirement for so long.

“This guy has served to the best of his ability. He should leave cricket with dignity. I don’t know why he dragged it for so long. He should have retired after the World Cup,” Akhtar said while talking to PTI.

“If I would have been in his place, I would have hung up my boots. I could have played shorter formats for three-four years but I left (after the 2011 WC) as I wasn’t into the game 100 percent. So why drag?” he added.

Akhtar stated Dhoni is now stuck after delaying his retirement. The former gun pacer added that the wicket-keeper batsman should have played a farewell series after the World Cup and he could have bid adieu on the high.

However, it is well known that Dhoni doesn’t believe in any razzmatazz. Dhoni had quietly moved away from Test cricket back in 2014 and we can expect him to do the same from the limited overs format.

“When he could not finish the game in the semifinal (against New Zealand). I felt he should have retired but he can only answer why he didn’t,” he said. “He should have played a farewell series after the World Cup may be and then said goodbye in a manner befitting his great stature.”

MS Dhoni has been a massive servant of Indian cricket and he deserves all the credit. However, his comeback into the national team now looks bleak as there are fewer chances of hosting IPL in the next three months. The T20 World Cup is to begin from October 18 and thus Dhoni might not have any chance to leave a mark on the selectors.