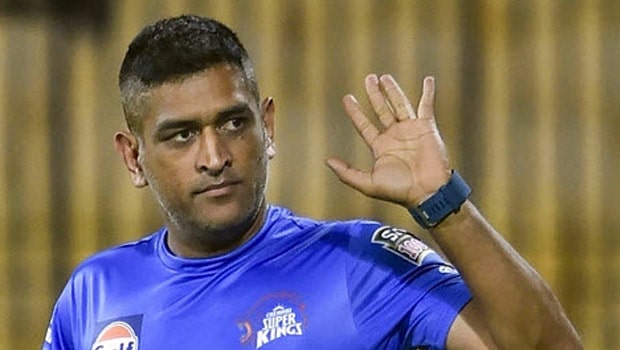 “Thanks a lot for [yo]ur love and support throughout from 1929 hrs consider me as Retired,” wrote former India’s skipper – MS Dhoni on his – Instagram handle, bringing down the curtains on a wonderful 16-year long career.

It was always on the cards—he has been as quiet as if it was a melancholy fare—for cricket aficionados.

Interestingly, his 16 words were actually for his 16-year illustrious career in which he accomplished what many greats still dream off.

MSD’s fans are very quiet these days, to be precise shell-shocked. They look desolate why shouldn’t they, their hero has completed his deal

Let’s rewind the clock to December 2004. A boy with long strands of hair from Ranchi once praised by the president of Pakistan – Parvez Musharraf says a lot about beguiling Dhoni. With big dreams in his eyes, Dhoni made his debut for India against Bangladesh at Chattogram. It wasn’t the best of starts as he was run-out without troubling the scorers on facing a solitary ball.

However, he was soon able to announce himself at the big stage when he clobbered 123-ball 148 against arch-rivals Pakistan at Visakhapatnam. There was no looking back for Dhoni after that entertaining knock. An opportunity to bat at number three was thrown at him – and we didn’t see him missing many chances, be it as a shrewd captain, finisher or being behind the stumps, where he was lightning quick or as a finisher.

In July 2019, life came a full circle when Dhoni got run-out again in the 2019 World Cup semi-final against New Zealand, as Martin Guptill hit the bullseye to put a kibosh to India’s World Cup hopes. Many cricket boffins believed ‘this was it’ for Dhoni – and he may never go on to see the great man in a blue jersey, which turned out to be true.

Dhoni was able to nail the three roles for the Indian team, of wicket-keeping, finisher and captain. We take a look at how Dhoni dominated these three different traits.

Dhoni’s technique behind the stumps was different. He had his way and methods of collecting the ball. It wasn’t a conventional or copybook, however, it was highly effective. He would mostly keep his hands close to the stumps and would get rid of the bails in a flash.

There was hardly any chance for the batsman to get back into their territory when Dhoni was standing up. You do not cross the line when the Lion is there to hunt.

Dhoni was a magician behind the stumps and pulled off some mind-blowing catches as well as stumpings in his career. It was like he kind of had a magnet in his camouflage gloves and the ball had some iron in it. The connection was always potent.

A total of 829 dismissals include 634 catches and 195 stumpings – stands as a testimony of the same but Dhoni gave more than the numbers reflect.

Yes, they do lie sometimes.

His inputs, especially to spinners on how to bowl to a particular batsman, what stratagem and field could work at different situations of the match – was mostly spot-on. It was as if he had an X-ray report of the batsman’s skull and he could caution his spinners of any upcoming danger.

There were some peculiar field placements too, like the straight fielder for Kieron Pollard. He knew stuff, we might never know-how, but he just knew it. It was all inbuilt into his memory. It was his gut feel.

The role of a finisher is one of the hardest in the game. You are supposed to finish the innings on a high and as you hunt for quick runs in the death overs, it equally increases your chances of getting dismissed as you try to go for the big shots. Dhoni did that with great success throughout his illustrious career and that is why that average of 50.57 is unbelievable.

Dhoni always had a Supercomputer running at the back of his mind. It was like he received answers like – which bowlers should be attacked when to catapult the attack, which bowlers should be played cautiously, which area of the ground should be targeted – in a flash of a second. It was all about reading the situation and playing accordingly for him. Take the match deep to give yourself the best chance of winning and then finish it in style. Sounds simple huh!

He once made a very good point when Indian batsmen gave away their wickets like Christmas gifts and the team lost, that to win a limited-overs match, you need to score only one run extra than the opposition.

Dhoni’s pyrotechnics were also well known when he was at the peak of his powers but he was not quite there in the last two years of his international cricket. His ability to find the boundaries at will was amazing and he knew how to keep his calm despite all the pressure on his shoulders. It was as if the result didn’t matter to him or he had programmed his mind on the process, and thus the results followed.

However, Dhoni was not all about hitting the big boundaries all the time. He always remained at the top of his fitness and his ability to convert ones into twos was the heartbeat of his batting.

With time, he made a reputation of being the best finisher the game has ever seen and the shivers would be sent down the opposition bowlers’ spine whenever they had to bowl to him in the fag end of the innings.

The Cool and Composed captain

‘With great power, comes great responsibility’, is a famous Spiderman movie dialogue. But when you are leading a cricket-mad nation like India, the huge pressure also comes with that responsibility.

Dhoni-led India in 332 matches across the three formats in which the team won 178 and lost 120. The former Indian skipper had a winning percentage of 53.61.

The ability to think on his feet, to back his players, to not show his emotions either it was being excited or frustrated on the field, to always adopt a sedate approach – were some of the bricks, which laid down the foundation of MS Dhoni’s captaincy strong building. There was always calmness when he held the captaincy bridle of the team. The team looked in safe hands.

It is understandable that he too must have felt under the cosh on many occasions in his career but he preferred not to show it to the opposition. After all, he has always been known as someone who keeps his cards close to his chest.

There is no doubt that Dhoni will not only go down as one of India’s best-ever captains but also as the world’s best-ever skipper. His ability to stay ahead of the opposition, his game sense, his judgment, his instinctive calls, his selection of bowlers in crunch situations, his field placements – all gives us a clear picture of why he was one of the best in the business.

There won’t be another MS Dhoni, there can never be. Thank you champion – for making this beautiful game richer by your presence. You made it bloom by your demeanour, your class and your skills.

It’s has to be Dhoni’s moment. He should be remembered not only for cricket, but for him being humble and helpful.

You will be missed, MSD!