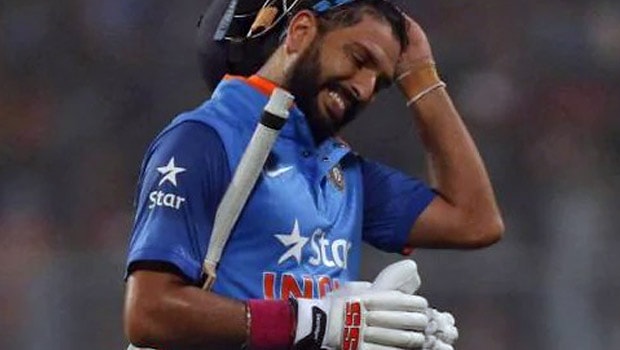 Former Indian batsman Yuvraj Singh has revealed that it was MS Dhoni who told him that the selectors are not looking at him for the 2019 World Cup. Yuvraj had played his last ODI against West Indies in 2017 and he had scored 57 runs in the three matches. Subsequently, he was dropped from the Indian squad.

In fact, Yuvraj had scored his highest score of 150 runs at Cuttack in early 2017 against England but didn’t get the backing in the team. Yuvraj could only score a fifty in the Champions Trophy 2017. Subsequently, India decided to give opportunities to Ambati Rayudu, who went on to seal his number four spot in the Indian team.

As Rayudu was playing in the middle order and performing well, there was little chance for Yuvraj Singh to be in the squad for the 2019 World Cup. Yuvraj had always been a big match-winner and his performances in the major ICC tournaments were extraordinary.

In fact, Yuvraj recalled that the Indian captain Virat Kohli backed him in the initial stage of his captaincy and that is why he was able to get back into the team. However, Yuvraj was not able to claim his place in the team.

Yuvraj Singh said while talking to News18, “When I made my comeback, Virat Kohli supported me. Had he not backed me then I wouldn’t have made a comeback. But then it was Dhoni who showed me the correct picture about the 2019 World Cup that selectors are not looking at you. He showed me the real picture. He gave me clarity. He did as much as he could.”

Meanwhile, it is well known that Yuvraj Singh and MS Dhoni always shared a great bonhomie with each other and loved playing with each other. In fact, Yuvraj had recently said that Dhoni and Kohli didn’t back him the way Sourav Ganguly backed him in his formative years of International cricket.

Yuvraj had a never give up attitude and to make a comeback after battling cancer was praiseworthy. The southpaw was always known to give his best and decided to call it day back in 2019 when the World Cup was going on. Yuvraj has made his intentions clear of participating in foreign T20 leagues and he would be seen in action soon.