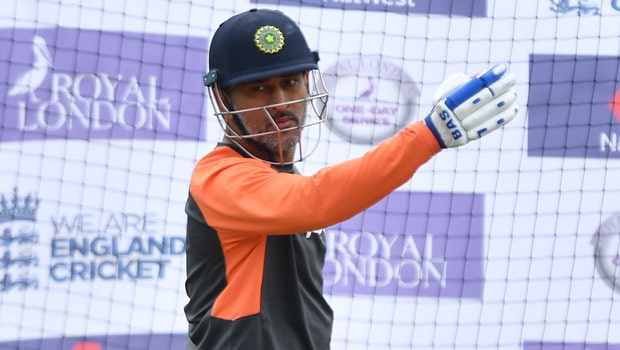 Chennai Super Kings captain MS Dhoni has undergone Covid-19 test along with teammate Monu Singh in Ranchi on Wednesday. The report is expected to arrive on Thursday evening. If Dhoni is tested negative, he would be given a green nod to travel to Chennai, where he will join the franchise’s training camp.

CSK will organise a training camp at Chepauk Stadium from August 15 to August 20 before the team will travel to the UAE for the IPL. Meanwhile, the team’s all-rounder Ravindra Jadeja will miss the training camp due to personal reasons.

Dhoni recently started training at an indoor stadium of JSCA and he will get back into action after a long time. The former Indian captain last played in the Indian colours back in the semi-final of the 2019 World Cup against New Zealand. Since then Dhoni has not played any professional cricket and thus he is expected to take some time before he can find his impetus.

Meanwhile, Chennai Super Kings bowling coach Laxmipathy Balaji will head the training camp of the franchise at their home ground. Balaji feels it won’t be easy for the players to hit the ground running after a long hiatus.

“It is not easy to hit the 100 per cent mark straightaway in any sport. As we progress with our skills and fitness every week, we will look to improve our strengths in phases,” he had told PTI. “But the good thing is that we had a camp in March and it is going to be a continuation of where we left in that camp,” he added.

On the other hand, eight net bowlers from Tamil Nadu have been selected, which will travel to the UAE to help the team train before the IPL.

Players like Suresh Raina and Piyush Chawla are expected to be part of the training camp for CSK. CSK earlier wanted to leave for the UAE in the second week of August but they were not given a green signal by the IPL governing council.

The IPL will kickstart in the UAE from September 19, with Dubai, Abu Dhabi and Sharjah to host all the matches.