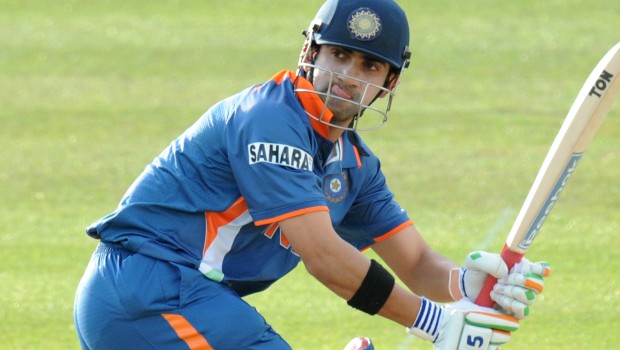 Former Indian opener Gautam Gambhir has rated MS Dhoni to be a better limited-overs captain than Sourav Ganguly. Dhoni led India to wins in the 2007 World T20, 2011 World Cup and the 2013 Champions Trophy. Thus, the former skipper had a great record in the major ICC tournaments.

Dhoni led India in 200 ODI matches in which the team won 110 whereas they lost 74. Five matches ended in a tie whereas there were no results in 11 matches. Thus, Dhoni had a winning percentage of 59.52.

Furthermore, Dhoni led India in 72 T20I matches in which the team won 41 and lost 28. One match ended in a tie and there were two no results. Dhoni had a winning percentage of 59.28 in the shortest format.

On the other hand, Ganguly led in 146 ODI matches in which the team won 76 and lost 65 whereas there was no result in five games. Hence, he had a winning percentage of 53.90.

Gautam Gambhir said while talking to Star Sports Cricket Connected, “MS Dhoni was a better captain than Sourav Ganguly in white-ball cricket, especially if you talk about the trophies alone. T20 World Cup, Champions Trophy, 50-over World Cup – there is nothing else left to win in ICC tournaments as he has won everything.”

“As a captain, obviously you cannot have a better record. So, I have no doubt that in white-ball cricket MS Dhoni has an upper hand over Sourav Ganguly.”

In fact, earlier Gautam Gambhir had stated that Ganguly had to work hard to make his team whereas Dhoni was lucky to get a ready made team. Gambhir had added that the players which were blossomed by Sourav Ganguly went on to play a crucial role in making MS Dhoni a successful captain.

Dhoni would come up with shrewd field placements and he would rotate his bowlers with guile. Ergo, he was at the top of his game as a leader in the limited-overs format. Dhoni will always wear the calm head on his shoulders and thus he was able to take some of the best decisions for Indian cricket.