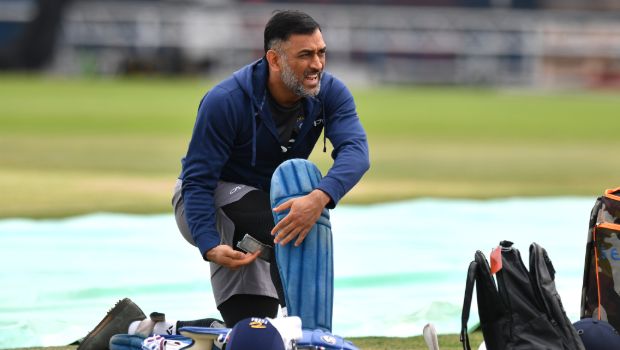 It is often said by the cricket pundits that you can hit a thousand balls in the practice nets but the confidence of getting the runs out there in the middle is something different.

With the IPL hanging by a thin thread, there is no doubt that it is going to be difficult for Dhoni to make his comeback. The former Indian captain had last played an International match when the team lost the all-important semi-final clash against New Zealand in the 2019 ICC World Cup.

Subsequently, he was expected to call it a day but Dhoni had other plans. The wicket-keeper batsman then made himself unavailable for national selection. Ergo, he hasn’t played professional cricket for the last nine months and it is going to be difficult to once again hit the ground running.

“Definitely, the selectors will look at the performance because playing after a long gap is not that easy, match practice is really important and it does not matter how big a player you are, you have to play some matches. Practicing and playing matches are two different things,” Azharuddin said while talking to ANI.

MS Dhoni has all the experience under his belt but many believe it is going to be difficult for him to once again play in the national side. Former players like Krishnamachari Srikkanth, Gautam Gambhir and Aakash Chopra have already stated it will be hard for Dhoni to get back into the side if the IPL doesn’t happen.

The IPL was expected to play a key role in Dhoni’s comeback. If Dhoni had a good IPL season for the CSK, it would have pushed his case for the comeback but the IPL is now under dark clouds due to the coronavirus pandemic. As of now, the selectors don’t have the numbers which can justify Dhoni’s return to the side.

Thus, it would be interesting to note Dhoni’s decision regarding his International career if the IPL doesn’t happen this year.