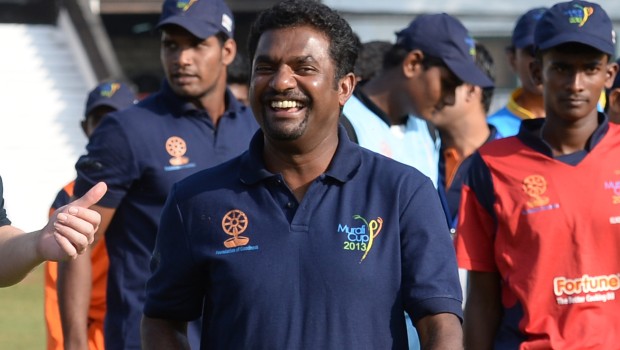 Former legendary Sri Lankan bowler Muttiah Muralitharan has heaped praise on ex-Indian captain MS Dhoni. Murali, who played under the leadership of MS Dhoni in the Chennai Super Kings, was able to observe the captaincy traits of the wicket-keeper batsman.

Murali stated that Dhoni would allow the bowlers to set up their own field and bowl.

Murali revealed that if the bowler’s plans didn’t work then he will tell the bowler to bowl according to the captain’s field.

Dhoni also came up with some brilliant fielding positions, which yielded the positive results for the team. In fact, Murali added that Dhoni would motivate the bowler even if he is hit for a six after bowling a good delivery.

MS Dhoni is regarded as one of the best captains to embrace the game. Dhoni was brilliant especially whenever a spinner was bowling as he had his plans worked out. The wicket-keeper always knew what was needed to be done and he was known to stay two steps ahead of the opposition.

“He (Dhoni) will clap if a good ball gets hit for a six. He’ll tell the bowler that it’s a good ball, and it doesn’t matter if the batsman has hit you for a six. Batsmen too have the talent to hit,” said Murali while talking to Ravichandran Ashwin on DRS with Ash.

Dhoni was always known to give a shot in the arm to his bowlers and got the best out of them. The former Indian skipper is regarded as one of the shrewdest minds to have ever embraced the game and he gave the freedom to his bowlers to bowl according to their strength.

As Dhoni was known to maintain his calm in the pressure situations of the match, it also helped the bowlers in maintaining their cool in the same situations. It plays a crucial role in the success of the team if the captain leads with a sedate approach.

On the other hand, Muttiah Muralitharan is the leading wicket-taker in ODI and Test format. Murali also played 66 IPL matches in which he scalped 63 wickets. The legendary off-spinner played for three franchises in the IPL and recently revealed that CSK was his favourite team.