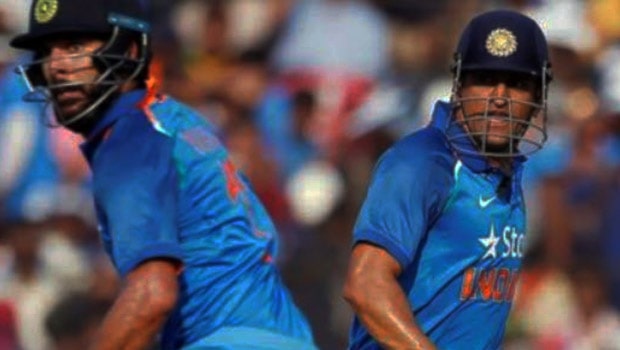 Former Indian fast bowler Ajit Agarkar stated MS Dhoni and Yuvraj Singh changed the concept of chasing in ODIs. Dhoni and Yuvraj made a successful pair in the ODIs for the Indian team and finished many matches on a high. Agarkar recalled two partnerships between Dhoni and Yuvraj, which laid down the foundation of their success.

Meanwhile, MS Dhoni had scored a fine knock of 183 runs while chasing the total of 299 runs against Sri Lanka in Jaipur. On the other hand, Yuvraj and MS Dhoni were at their best when they were chasing a competitive target of 289 runs in Lahore in 2006 against Pakistan.

MS Dhoni and Yuvraj Singh batted together in 67 ODI innings in which they scored a total of 3105 runs at an impressive average of 51.75.

Agarkar added that the other teams started to bowl first after winning the toss. The Indian team also went on to win 17 ODIs matches on the trot while chasing, and 15 of those wins came under the leadership of former skipper Rahul Dravid. Dhoni and Yuvraj played a crucial role in that streak of wins for the Indian team.

“Dhoni and Yuvraj Singh changed the concept of chasing in ODIs. They were so good at it that after their success, other teams also started to field first on winning the toss.”

Both MS Dhoni and Yuvraj Singh were match-winners for the Indian team and took Indian cricket to great heights. Both of them also shared a great camaraderie with each other and batted with great success. Yuvraj and Dhoni had a great game sense and their ability to find the boundaries at will, helped them become great chasers in the ODI format.

Dhoni finished his ODI career with an average of 50.57 which goes to show his consistency. The wicket-keeper batsman remained unbeaten on 84 occasions in the 50-overs version.