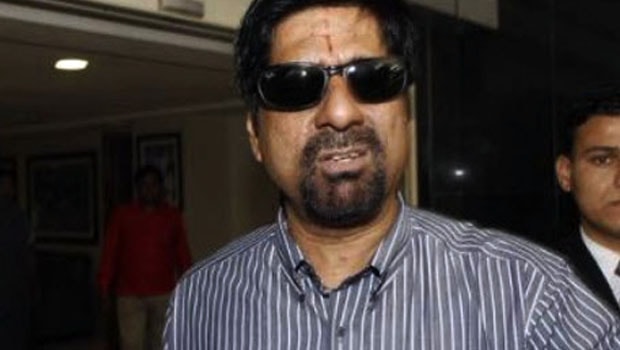 Former Indian selector Krishnamachari Srikkanth stated that MS Dhoni and Sourav Ganguly were opposite to each other in the leadership style. Ganguly was known for his aggressive nature and liked to take the bull by its horns. On the other hand, MS Dhoni has always been cool as a cucumber and led with a composed head on his shoulders.

Both captains had their own methods and got the best results for the team. When Ganguly had overtaken the captaincy baton, there was a lot of pressure because of the match-fixing scandal. However, Ganguly showed his trust in the young guns and backed players like MS Dhoni, Yuvraj Singh, Virender Sehwag, Zaheer Khan and Harbhajan Singh who then went on to play a key role for the team.

On the other side, MS Dhoni was handed over the captaincy bridle in the nascent stages of his career. Dhoni led a young team to glory in the 2007 World T20 and the Indian cricket changed for good after the big achievement.

Meanwhile, Krishnamachari Srikkanth believes Dhoni learned the captaincy trade from Anil Kumble while playing under him in the Test side. Kumble was also known for his sedate approach and gave a shot in the arm to the youngster.

“When Dhoni was the captain in the 2007 T20 World Cup, he handled the side really well, the win boosted his confidence. He has always been calm and cool, he has motivated the players, aggressive culture was brought in by Sourav Ganguly, MS was totally opposite of that, when Kumble was the captain of the Test side, it was a good chance for Dhoni to learn. Anil gave him much-needed experience, Dhoni gave a lot of confidence to the players,” Srikkanth told ANI.

Nobody had imagined that a boy from Ranchi with a big hair style would go on to take Indian cricket to new heights. The wicket-keeper batsman didn’t have an ideal start to his International career but turned the tide against Pakistan when he scored a whirlwind knock of 148 off just 123 balls at Visakhapatnam.

Dhoni had an unconventional technique both as a batsman and as a keeper and thus not many had put their money on him. However, he went on to become one of the most successful Indian captains, wicket-keeper and finisher in the game.

Srikkanth also added that after Dhoni announced himself on the big stage, many boys from small town backgrounds started to make it to the Indian team.