MS Dhoni’s India ambitions might be over, reckons Harsha Bhogle 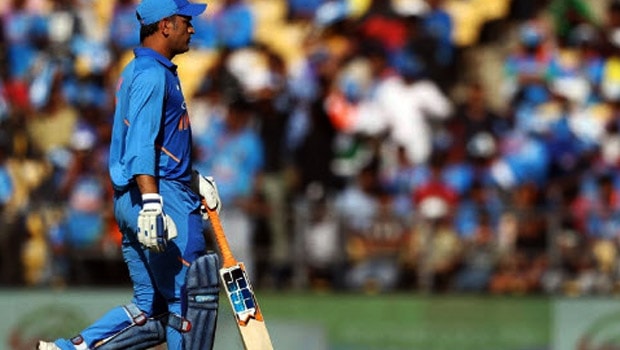 Renowned commentator Harsha Bhogle ‘gut-feel’ tells him that MS Dhoni’s ambitions in the Indian colours might be over. Dhoni had last played for the Indian team back in the 2019 World Cup semi-final clash against New Zealand, in which the team lost. After that, Dhoni decided to take a break from the game.

He also made himself unavailable for the national selection. However, with the IPL coming up, Dhoni was seen gearing up for the tournament at Chepauk stadium. Many cricket pundits believed that the IPL can play an instrumental role in deciding Dhoni’s future in the Indian team.

Dhoni has been out of action for the last nine months and everybody was waiting to see him lead Chennai Super Kings. But the tournament is hanging on by a thread due to the outbreak of the coronavirus. The 13th season of the IPL was to begin from 29th March but it was suspended till 15 April. India has gone into lockdown for 21 days and thus there are slim chances of IPL happening.

Subsequently, it has put doubts on MS Dhoni’s future. It was expected that Dhoni could have paved his way back into the side had he performed well for the CSK. Ergo, Harsha Bhogle believes it might be the end of Dhoni’s International career.

“My gut feel is that his (Dhoni’s) India ambitions might be over. I don’t think Dhoni would have been looking to September-October for the T20 World Cup. Maybe he just had a great IPL but my gut feel is that was beyond him,” Bhogle said on a Cricbuzz podcast.

MS Dhoni had made a roaring comeback in IPL 2018 as he had scored 455 runs in 16 matches at an average of 75.83 and a staggering strike rate of 150.66.  Dhoni had also led from the front and took CSK to their third title. Consequently, it was expected that if Dhoni could replicate the same form in IPL 2020, it would have made his life easier to get back into the team.

Furthermore, Dhoni is also not playing in the domestic circuit. The former skipper had stepped away from the Test fold without making any razzmatazz and Harsha expects Dhoni to walk away from limited-overs format just like that.