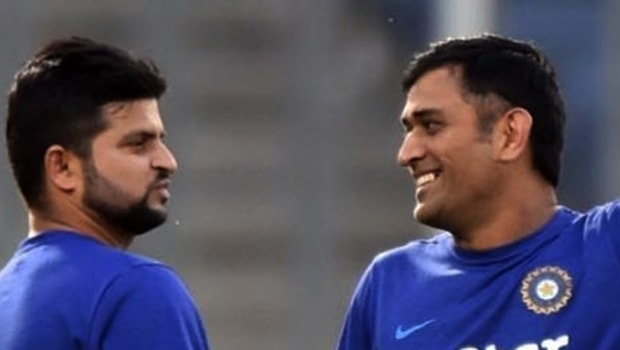 India’s out of favour batsman Suresh Raina has revealed that MS Dhoni’s preparation for IPL 2019 was different altogether. Dhoni has not played any professional cricket since the 2019 World Cup semi-final against New Zealand. Raina who shares a great camaraderie with Dhoni, added the wicket-keeper batsman was even more focussed.

In fact, many cricketing pundits believe that Dhoni’s return in the national team would have depended on his performances in the IPL. However, the IPL has been indefinitely postponed due to the coronavirus pandemic, which has put question marks on Dhoni’s International career.

Raina feels Dhoni was all ready to hit the ground running in the IPL for Chennai Super Kings and he is fit as a fiddle. MS Dhoni has all the experience under his belt and it would come in handy when he would make his much-awaited return. Raina added that Dhoni was looking in fine touch with the bat.

“The first few days he took it lightly and just focused on going to the gym but he was playing the shots beautifully and his fitness level was great and he was not getting tired,” Raina said while speaking on Star Sports Cricket Connected show.

“His preparations were different this time, I have played with him over the years with the national side and IPL getting ready but it was different this time, so I just hope the matches can start quickly then everyone can see how well prepared he is and see what I saw myself LIVE in the two months of camp that we had,” he added.

In fact, Raina also revealed that Dhoni would hit the gym in the morning and he would bat for three hours in the nets. Raina added that the CSK captain was not getting tired while batting as he is still at the top of his fitness.

MS Dhoni has always ticked the right boxes and he would like to make a roaring comeback into the IPL. The tournament is hanging fire and it is reported that the lucrative league can take place in the October-November window if the T20 World Cup is postponed.

Dhoni has played 190 IPL matches in which he has scored 4432 runs at an impressive average of 42.20 and a blistering strike rate of 137.85. Dhoni is also one of the most successful IPL captains as he has led CSK to three titles. The former Indian skipper has often surprised many with his skills and one should not rule him out for making a magical comeback.