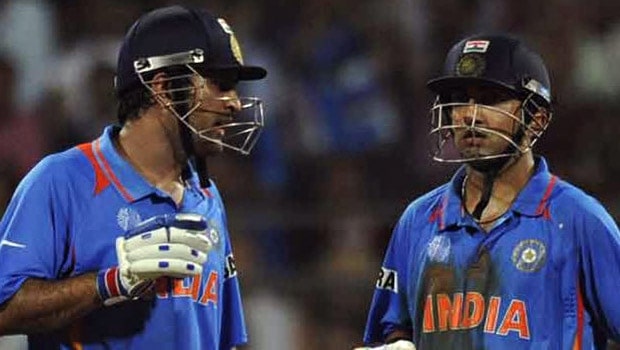 Former Indian opener Gautam Gambhir reckons that MS Dhoni’s record of winning three ICC trophies will stay forever. Dhoni led India to the 2007 T20 World Cup glory when he was only two years old in his young career. The wicket-keeper had taken the young Indian team to triumph as the big senior players had backed out of the tournament.

Subsequently, Dhoni took the team to glory in the 2011 World Cup and ended India’s 28 year old wait. The former Indian then took the team to win in the 2013 Champions Trophy and added another trophy to his impressive cabinet. Thus, Dhoni became the first captain to take his team to three different ICC trophies success.

As the ICC has scrapped the Champions Trophy from its cycle, there would be no chance for any other captain to win all the three trophies.

Meanwhile, both Gautam Gambhir and MS Dhoni had played a key role in the final of the 2011 World Cup against Sri Lanka. Gambhir and Dhoni had added 109 runs for the fourth wicket alliance to take India closer to their target of 275 runs. Gambhir had scored 97 runs whereas Dhoni scored an unbeaten 79-ball 91 to take his team to the famous win.

Gambhir feels the other records could be broken but is going to be impossible to break Dhoni’s record of three ICC trophies.

“One record if you talk about, which is going to stay forever is MS Dhoni’s three ICC trophies,” said Gambhir while talking to Star Sports Cricket Connected.

Dhoni was always known to lead the team from the front and he was able to keep his calm in the crunch situations, which helped him in taking the right decisions. Dhoni was able to get the best out of the players and the results were always palpable.

The right-hander would be seen playing for CSK in the forthcoming IPL, which would take place from September 19.