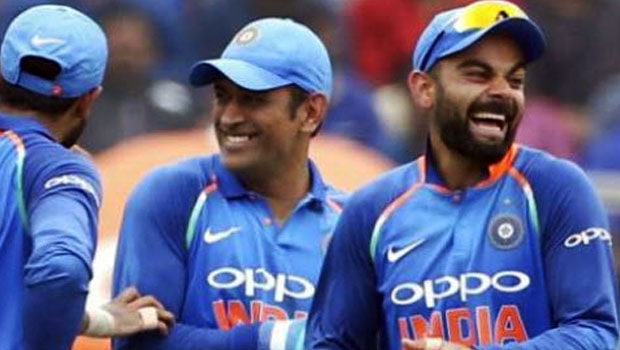 Former Indian chief selector MSK Prasad has listed out the differences in the captaincy styles of MS Dhoni, Virat Kohli and Rohit Sharma. Prasad, who was recently replaced by Sunil Joshi as chief selector, believes all the three leaders had their own style of captaining the team.

Dhoni has always been known to lead with a calm head on his shoulders. The former skipper is regarded as not only one of the best Indian captains but also the world’s best leaders. Dhoni led India to glory in the 2007 T20 World Cup, 2011 World Cup and 2013 Champions Trophy.

On the other hand, Virat Kohli is also leading from the front. Kohli had led India to number one spot in ICC Test rankings in 2016-17 but it was recently taken away by Australia. Kohli is expressive on the field and he likes to take the bull by its horns.

Lastly, Rohit Sharma has also shown great leadership skills. Rohit has filled in the shoes of Virat Kohli on a handful of occasions whenever the full-time skipper has taken a break from the game. In fact, Rohit had led the team to glory in Asia Cup and Nidahas Trophy.

Rohit has led the team in 29 matches in which the team has won on 23 occasions whereas they have lost six. Consequently, he has a winning percentage of 79.31. Rohit is also the most successful IPL captain with four titles under his belt while leading Mumbai Indians.

“They are three guys who have three different styles. Mahi is absolutely cool, you never know what is there in his mind until it is executed, he’s very very cool, and very very accommodative whereas Virat is pretty clear. He’s at you all the time, he’s very clear in his mind what he wants,” MSK Prasad said while talking to the Fancode app.

“If you are talking about Rohit, he’s more of an accommodative sort of a guy. He definitely has that empathy towards other players and he thinks from their hats,” he said.

With MS Dhoni not being around, the onus is on experienced players like Virat Kohli and Rohit Sharma to take the team forward. Both of these veterans have done a great job for the team in the last few years and they will look to continue the good form going.