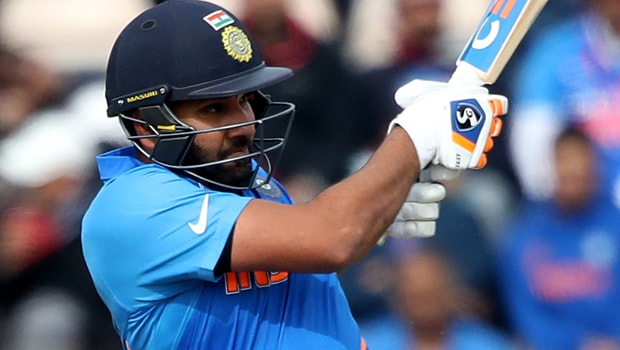 Mumbai Indians captain Rohit Sharma stated that the franchise is the most professional team he has worked so far in his career. The skipper praised the team management for their work ethic and the ability to get the best out of their players.

Mumbai have made it to the five finals of the tournament and thus they have 80% success rate in the final. The solitary occasion when they could not win the final was the 2010 edition when they lost to arch-rivals CSK.

Meanwhile, the young talent is always backed by the team and we have seen players like Hardik Pandya, Krunal Pandya and Jasprit Bumrah rise through the ranks with Mumbai Indians. It is these young players who have stepped up their game in the crucial matches of the league, which has played a huge role in the success of the team.

On the other hand, Rohit was given the captaincy baton midway in the season of 2013 when Ricky Ponting could not come up with the goods. Rohit led the team to glory in his maiden season as the captain.

Rohit said while talking to Tamim Iqbal in Facebook live chat, “They (Mumbai Indians) are very big on scouting players, Mumbai Indians is one of the most professional teams I have worked within my career so far, especially when I became the captain, I was chosen to lead the side during my third year with the franchise, I was given the captaincy halfway into the 2013 tournament”.

“When you become the captain, you are a part of everything, you know what is happening with the team, that’s when I got to know how professional the team really is, they do great work behind the scenes,” he added.

Rohit also praised the Mumbai Indians scouts who work hard to hunt for the talented players all across the year. Rohit added that the club’s scouts are the best in the IPL as they keep tracking the prodigy players across the globe. Thus, we have seen the franchise is always guile in their selection in the IPL auction.

In fact, it is well said that half of the IPL battle is won or lost in the auctions and that is where Mumbai has been brilliant. The club is the most successful team in the IPL folklore having won the title on four occasions.

“The scouts watch every game in India, then they finalise which player is good for Mumbai. After the IPL gets over, all scouts take a two-month break, but then they again start scouting players for next season, they do a lot of homework, they are a very professional team, they are clear about what they want,” Rohit said.

Mumbai Indians have always invested in the right players and the franchise has reaped fruits for the same. Furthermore, they have had some great coaches like Ricky Ponting, Shane Bond and Mahela Jayawardene over the years who have guided the youngsters on the right path.