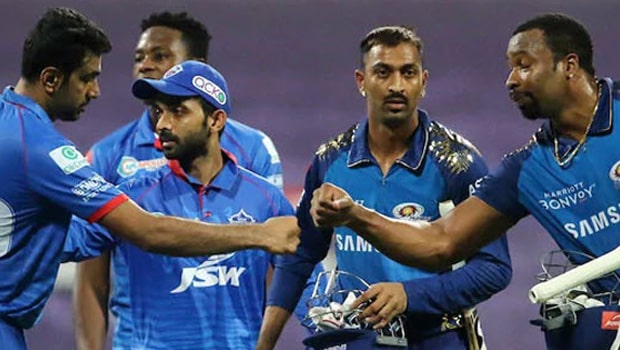 Mumbai Indian finished topped of the IPL point table with 18 points winning 13 of the games that took them to the playoffs. This is why they were regarded as the best T20 outfit in the history of the format, as they ensured a clinical decimation of Delhi Capitals in the game played on Thursday.

The 57 run win in the first qualifier has helped Mumbai set their sights on their fifth Indian Premier League title.

This piled enormous pressure Capitals that eventually wobbled. Trent Boult (2/9 in 2 overs) and Jasprit Bumrah (4/14 in 4 overs) took advantage of the target set and blew away the opposition for 143 for 8.

Delhi still has the opportunity to the title as they will wait to see who they will meet between RCB and Sunrisers Hyderabad in the Eliminator qualifier scheduled for Sunday.

If there was something called putting up a team effort, then the defending champions did that to the ‘T’ on Thursday.

Prithvi Shaw (0) failed to sparkle as he waited for an inswinger but edged a Boult delivery, while  Ajinkya Rahane (0), who also expected an outswinger also got a “Boult special”.

Shikhar Dhawan (0) was not also allowed to settle down before getting a toe-crusher from Jasprit Bumrah.

Bumrah further sent Shreyas Iyer for early showers as he got snapped at the cover to register their sixth IPL finals appearance.

As Capitals lost the momentum, Mumbai got a comfortable ride into the finals of the Indian premier event, all thanks to the trio that got them the big runs.