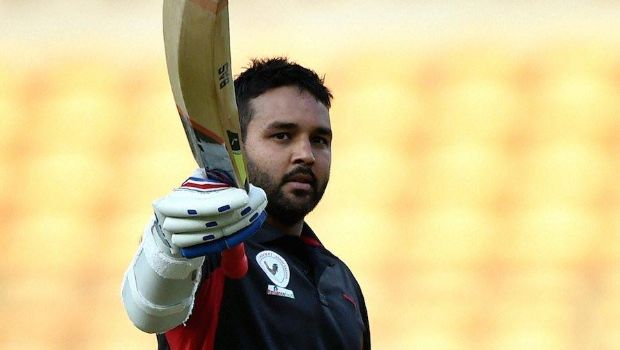 Soon after announcing his retirement from all forms of the game, Parthiv Patel has joined five-times champions Mumbai Indians as talent scout.

Patel was part of the Mumbai Indians for three seasons and the team won two titles (2015 and 2017) when he was with the franchise.

Meanwhile, Parthiv Patel has been an integral part of the Indian Premier League since the inception of the tournament back in 2008. In fact, the recently concluded season of 2020 was the only season when the wicket-keeper batsman didn’t play a solitary match. Patel was with Royal Challengers Bangalore but didn’t get any chances.

Parthiv Patel said while confirming the development, “I enjoyed playing cricket for the Mumbai Indians. Those momentous three years with the champion sides remain etched in my memory. It’s now time to turn to a new chapter in my life. I am excited, confident, and thankful to the Mumbai Indians management for the opportunity presented to me.”

On the other hand, Mumbai Indians are known to unearth some special talent in the past. Earlier, John Wright had found a talented Jasprit Bumrah back in 2013 and he has taken giant strides in the IPL since then. Furthermore, Mumbai also found players like Krunal Pandya and Hardik Pandya who have been instrumental in the success of the team over the years.

“I am delighted to have Parthiv joining us. We had the opportunity to pick his cricketing brain during his playing days with the Mumbai Indians. I am very confident his contributions will further enhance our scouting system. Parthiv understands our ideology, the DNA of the Mumbai Indians, and what we are trying to create at MI,” said Akash Ambani.

As Parthiv Patel has joined Mumbai Indians as a talent scout, one can expect more opportunities for domestic players.

Meanwhile, Mumbai were once again brilliant in IPL 2020 as they won their fifth title. MI is the most successful team in the history of the league and their success mainly depends on their effective scouting system and thus they are always up to the mark in the auctions.