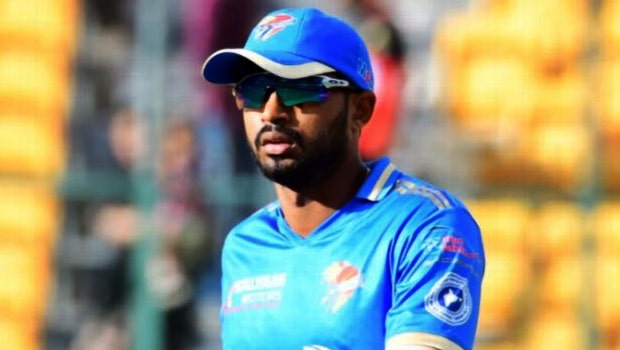 The Syed Mushtaq Ali Trophy 2019/20 ended on a thrilling note on Sunday as Karnataka beat Tamil Nadu by a narrow margin of just a solitary run to emerge as the champions. Even though these two teams fought out in the finale, other teams came up with good performances too and the individual performances of the players was something to watch as this tournament served as an audition for the Indian T20 League auction slated to take place in Kolkata on December 19. So let’s have a look at three such players who performed to the best of their abilities in this tournament and thus, could go on to be a highly sought after asset in the auctions.

The left-handed batsman has been a consistent T20 performer over the last couple of years. He played a crucial role in the Syed Mushtaq Ali final last edition as he played a match-winning innings of 60 off just 39 deliveries and also went on to play a defining cameo of 39 runs in the final of this edition as well. Kadam has been a well known name in Karnataka’s T20 League too, and he finished this edition of the Mushtaq Ali Trophy as Karnataka’s fourth-highest run-getter with 258 runs to his name at an average of 43.

The Indian skipper’s namesake is another rising star of Indian cricket. The 21-year-old ended this tournament as Jharkhand’s highest run-getter with 343 runs to his name in 10 innings at an excellent average of 57.16. He struck three fifties as well and his overall strike-rate of 142.32 during the tournament also suggests how he has improved his hitting abilities. Teams like Rajasthan and Hyderabad could target him in the auction as they would be eager to buy some good Indian middle-order batsmen.

The left-arm spinner has been the find of the season for Tamil Nadu. He emerged out of Tamil Nadu’s T20 League this year where he impressed everyone with his bowling skills in the powerplay and went on to continue his good form in the Syed Mushtaq Ali Trophy as well. Sai Kishore finished as the highest wicket-taker in the tournament with 20 wickets to his name in 12 matches striking at a stunning interval of every 13.4 deliveries. Not only that, he maintained a mean economy rate of 4.63 while doing that and it goes on to show how good he is with both offensive and defensive skills.