Home » Cricket » Mushtaq Ali T20: Karthik, Chahar and other players to watch out for

Mushtaq Ali T20: Karthik, Chahar and other players to watch out for 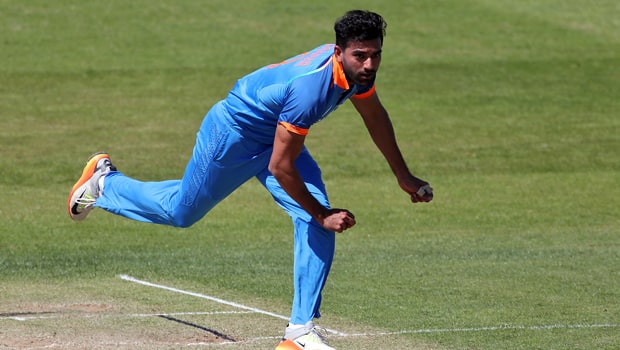 As Tamil Nadu take on Rajasthan in the first semi-final of the Syed Mushtaq Ali Trophy at Surat on Friday, we take a look at some of the players who would be pivotal to their respective team’s chances in this all important clash.

Dinesh Karthik: The Tamil Nadu skipper has played a crucial role with the bat to power his team to the knockout stage. Karthik has amassed 264 runs in eight innings at an excellent average of 37.71, and these runs include two scores of fifty-plus.The veteran batsman has years of international experience under his belt. Moreover, he has taken his batting to a whole new level considering the way he has developed his powerhitting over the last couple of years.

R Sai Kishore: The left-arm spinner from Tamil Nadu is the highest wicket-taker in the tournament this year. He has claimed 19 wickets in 10 matches and, that too, at an excellent economy rate of 4.21. Not only that, he has been striking at an interval of every 12.5 deliveries, and that sums up how good a powerplay asset he is.


Deepak Chahar: Rajasthan’s fortunes in the semi-finals will heavily depend on how their skipper performs, not only with the ball but also with the bat. Chahar has taken 11 wickets in just six matches so far and has been striking at an impressive interval of every 11.4 deliveries. Not only that, he played a superb hand of an unbeaten 55 of just 42 deliveries in the all important final Super-League clash against Delhi to power them into the semifinals.

Rajesh Bishnoi: The top-order batsman has played a vital role in marshalling Rajasthan’s weak batting lineup throughout the tournament. Bishnoi has amassed 250 runs at an average of 35.71 and has a best score of 87* as well. He can bat in all gears and that’s why his presence throughout the 20 overs of Rajasthan’s innings will be important in the semi-finals.